Bright blue skies, warming sun and fine powder snow: a scenery that makes the heart of every winter sportsman beat faster. A scenery that can be deceptive in some cases. Unpredictable snow avalanches can quickly become a deadly trap on the mountain. Humans are not capable of taming this force of nature. But at least they can help to ensure the greatest possible safety in the event of an accident. This is what the ABS company, which has been working continuously since the 1970s to develop premium airbag backpacks, especially for touring and off-piste skiers, has set itself the goal. 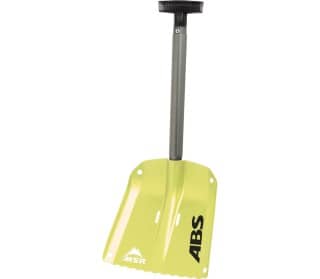 In retrospect, it can be said that a lucky coincidence in misfortune paved the way for the innovative avalanche airbag from ABS. The Bavarian head forester Josef Hohenester had a groundbreaking experience in the 1970s when he was confronted with a snow slab. Because he carried game on his shoulders, Hohenester was not buried by the avalanche, but remained unharmed at the surface. After this experience, Bad Reichenhaller first conducted research with canisters and balloons and observed very similar effects in avalanches. He commissioned a research centre to test his theory.

After a large number of professional tests, the scientists confirmed that increasing the total volume actually leads to a higher chance of survival. The patent application for the "device for the display and self-rescue of a wearer in avalanches" was filed by Hohenester in May 1973, which can be regarded as the theoretical birth of the avalanche airbag. Seven years later, the forester sold his patent to Peter Aschauer, who in turn developed a system that, in an emergency, guaranteed an increase in volume in a few seconds without hindering the winter sportsman. After years of research, ABS Peter Aschauer GmbH launched the first avalanche airbag on the market in 1985. In 1996 the changeover to two airbags attached to the side of the backpack took place.

HOW DOES THE ABS AVALANCHE AIRBAG WORK?

The avalanche airbag is integrated into a backpack. With ABS, the two polyamide balloons in signal colours are located on the sides. If a winter sports enthusiast is actually caught in a snow avalanche, he or she has the option of releasing the airbags by pulling a cord at the front of the rucksack. The two balloons inflate completely within one to two seconds and have an average total volume of about 170 litres.

This development increases the chance for avalanche victims to stay close to the snow surface and thus to be found more quickly or, in the ideal case, even to free themselves. In addition, the danger of suffocation is minimized enormously. This is the so-called Brazil nut effect. This leads to the fact that with a flowing force such as a snow avalanche, the volumetrically larger bodies settle on the surface.

For ABS, the safety of the athlete is the highest priority. For excursions, be it on a snowboard, skis or simply as a tourer, you will find all kinds of helpers in the ABS Store at Keller Sports. For example, the numerous avalanche airbag backpacks with balloons on both sides, such as the p.Ride Compact, which offers ideal weight distribution and maximum carrying comfort. Or the model s.Light Base Unit, which impresses with its particularly low weight and great functionality. Keller Sports also offers an avalanche shovel, a first aid kit and avalanche probes in the ABS Shop - often at particularly attractive prices in the ABS Sale. Because: Avalanche airbags are above all an important and useful supplement for off-piste skiers and tourers. However, they do not replace the standard equipment, which includes avalanche shovels and avalanche probes.

We are writing January 25, 2013, a day that the Spanish freerider Aymar Navarro will probably never forget for the rest of his life. Navarro was filming in the Aran Valley in the Spanish Pyrenees when suddenly an avalanche came down. "3,2,1 jump, then a few swings, when suddenly I noticed that the whole slope broke", he is quoted on the ABS website. "I leaned back and went straight ahead to pass the avalanche, but it was already very, very big and was getting bigger every second."

When the snow threatened to swallow Navarro, he pulled the handle of his ABS backpack. "The most incredible thing was that thanks to the two air cushions I was always on top of the avalanche. They protected me from knocks and possible injuries," Navarro recalls and concludes: "That is why I am still here today. Reason enough for us to offer ABS online and make it accessible to every winter sports enthusiast. Reason enough for you to always look out for brand innovations at your ABS dealer.