Adidas - sporting goods "made in Germany". The second largest sporting goods manufacturer in the world offers you a wealth of high-quality sportswear, sports equipment and accessories for almost all sports. With innovative technical developments, high quality standards and an excellent understanding of the needs of performance-oriented athletes, the company from Herzogenaurach (near Nuremberg) has been inspiring athletes of all generations for over 70 years. 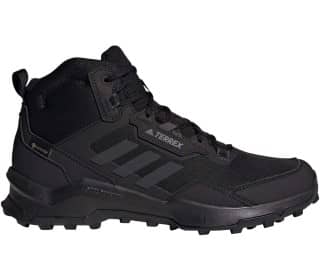 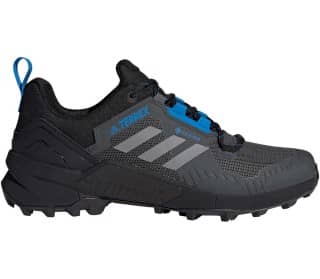 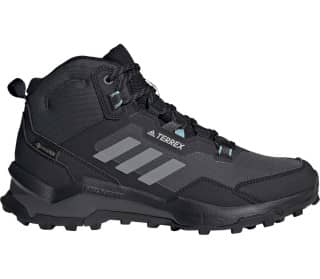 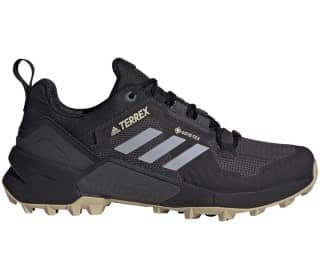 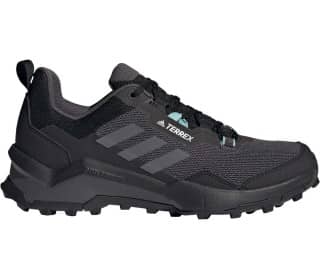 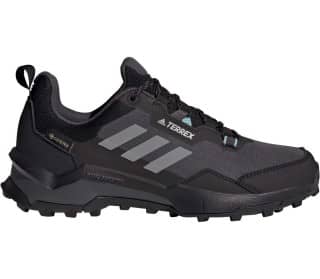 ADIDAS - THE BRAND WITH THREE STRIPES

Nowadays we find the slogan "the brand with the three stripes" on many adidas products. And so Adolf "Adi" Dassler, like many other later global players, started very small in an inconspicuous town in Bavaria: Herzogenaurach. At the beginning of the 1920s, Adi was still tinkering around in the laundry room at home, and his brother Rudolf supported him in this task. Special focus was placed on sports shoes, which should adapt to the foot of the wearer. The two complemented each other perfectly. Adi has always been regarded as a developer, Rudolf came along with sales talent.

The result: High-quality sports shoes, especially for track and field athletes. A couple of them let the legendary US-American Jesse Owens run for gold four times at the 1936 Olympic Games in Berlin. The birth of a great career. After the Second World War, the brothers Adi and Rudolf got into a big quarrel and split up. Adi founded adidas, Rudolf a few meters further PUMA - and overnight the tranquil Herzogenaurach became the cradle of German sporting goods.

The three stripes had not only cleared at the Olympics, they were now - in the mid-1950s - lining up a considerable range of sports shoes for football, tennis, training and athletics. But the world only noticed this in 1954, when the German national football team around coach Sepp Herberger and the heroes Fritz Walter, Helmut Rahn and Toni Turek sensationally secured the World Cup title in Switzerland. An unbelievable victory, which should go down in history as "Miracle of Bern". The DFB team had beaten the Hungarian team, which was considered invincible at the time, in unusual shoes with innovative screw studs and a striking feature: Three sewn stripes - adidas suddenly became the ruler over the football fields of the world and it was what Adi Dassler always wanted: "Our shoes must always be recognisable as adidas shoes".

ADIDAS SPORT CLOTHING FOR THE KAISER

Adi Dassler apparently took the phrase: "At some point you grow out of your child's shoes" literally. Because 13 years after the football miracle in Switzerland, the shoe specialists from Franconia suddenly began to produce sportswear. The most famous testimonial at that time was none other than the emperor himself: Franz Beckenbauer had himself photographed in the first adidas tracksuit. The slogan: "Novelty - world famous for quality. adidas." The expansion of the product range brought Adi Dassler and his employees even more recognition. From then on, adidas only set limits itself.

ADIDAS - THE THREE IS TRUMP

As the clothing sector grew, the marketing department of the Franks developed a new logo that did not replace the three stripes (why should one exchange the well-known and the tried and tested), but became no less famous as a result. The adidas Trifoil, which can now be found on the leisure collections, the adidas Originals. Originally, however, the trifoliate decorated the clothes of professional athletes and was created for the 1972 Olympic Games. It is supposed to symbolize the Olympic spirit, which represent three continental plates to signal: A world united in competition.

In the meantime, adidas had expanded even further, even becoming a multi-sport specialist. Reinhold Messner climbed 8000s and 8000s in adidas shoes, achieved top scores, while runners and footballers remained true to their favourite brand. Because adidas continued to develop and research, providing only the best material for its athletes, whether hobby joggers or thoroughbred professionals, everyone - from Tokyo to California, from Norway to South Africa - wore the three stripes on their body, legs or feet.

adidas continued to specialize in its core business: sports footwear. The best known technology that every athlete associates with the brand from Herzogenaurach is the "BOOST technology". Together with the chemical company BASF, adidas has developed a new damping material made of synthetic TPU beads that store your energy and release it. Say goodbye to unnecessary waste of energy, as soon as you wear adidas running shoes you can concentrate on the essentials: Your Run.

Of course you don't have to do without adidas on your body either, as the manufacturer offers a huge selection of shirts, shorts, jackets and sweaters. They are all equipped with the famous Climalite technology, which gives you a comfortable wearing feeling. In summer, Climacool products keep you cool in the head and on the body, in winter Climaheat ensures that you make the forest and the road unsafe without having to worry about the external conditions.

Since adidas has always recognized the signs of the times, the sports giant naturally did not miss the fitness hype and does not leave you alone in the studio either. Clothing with the innovative Techfit technology supports you in muscle building or Cardio training. The shirts sit like a second skin, transport sweat away from the body and keep you pleasantly cool at all times. In addition to clothing for the gym, adidas of course also has shoes in its range that offer the necessary flexibility during workout and yet provide stability in the midfoot area.

ADIDAS AT KELLER SPORTS - IMPOSSIBLE IS NOTHING

While adidas was associated exclusively with sport until well into the 1980s, perception changed with a song by the American hip-hop pioneers Run DMC, who in "My adidas" referred to the situation of people in social hotspots and held their adidas sneakers in the air at a concert. The concert visitors did the same - and the once small shoe smithy from Bavaria had also arrived on the street. The timeless model adidas Superstar, for example, set new standards. To this day, the Superstar enjoys great popularity.

At the beginning of the new millennium, adidas increasingly focused on the streetwear segment, engaging well-known fashion designers such as Yoji Yamamoto or Stella McCartney. In 2004, the company caused a sensation by mobilizing its best-known contractors for a campaign about trying, failing and continuing. Among others David Beckham and boxing icon Muhammad Ali told their story and said: "Impossible is nothing". A motto that could have come from Adi Dassler himself. In May 2019, adidas was the first German company to be ranked among the ten most innovative companies in the world. In the adidas brand shop at Keller Sports you will not only find the well-known running shoe models, you can also order sneakers and athleisure streetwear from us!