With its ASICS GT-1000, the experienced brand delivers a runner that counteracts overpronation while not focusing exclusively on stability. The company also gives the running shoe its usual effective damping and thus delivers the perfect partner for the first metres on the road. However, the advantages of the premium running shoe, available online for men and women in the ASICS GT-1000 Shop at Keller Sports, go much further.

With its ASICS GT-1000, the experienced brand delivers a runner that counteracts overpronation while not focusing exc 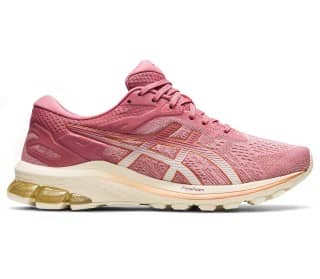 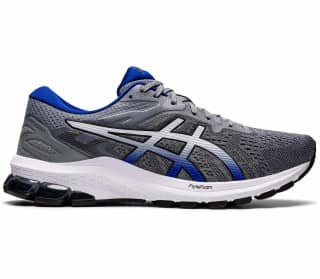 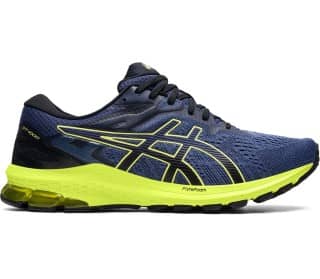 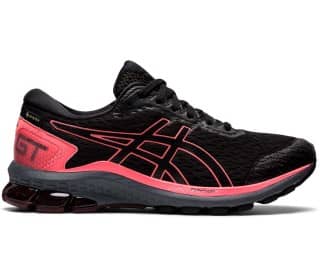 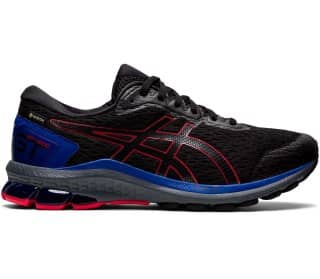 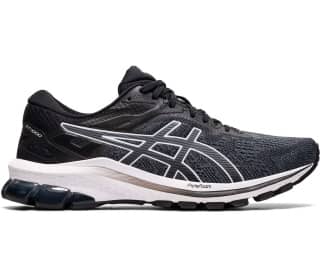 The ASICS GT-1000: The gateway to more stability

The history of the ASICS GT-1000 does not necessarily follow a straight line. For ASICS it began, still under the name Onitsuka Tiger, on the basketball court. That's where the first sneakers with the long-famous Tiger Stripes were found. The street and running came later - but have long since shaped the image of the brand. In just a few decades, five letters plus tiger stripes have become synonymous with high-tech running shoes. And so today the name ASICS almost inevitably paints images of optimally cushioned runners on our inner canvas.

And rightly so. After all, the brand not only developed the innovative Gel cushioning, above all, it has created a running shoe portfolio whose range is hard to beat. There is something for everyone. Even for overpronators. ASICS developed its GT series for them. Runners that compensate for inward bending with additional stabilisation. This, in turn, should not only be reserved for passionate runners.

When in doubt, beginners also need a runner that gives them the necessary stability - and that's exactly what the ASICS GT-1000 was developed for. Instead of foregoing technical innovations like Gel, FlyteFoam or DuoMax, the premium running shoe combines them with the essence and succeeds with its concept. Over the years, the brand has evolved its GT-1000 concept, adapting the upper and cushioning and getting closer to the optimum of a stability runner step by step.

Overpronators tend to bend their feet inwards when running. This can lead to problems in the long run. Unless you use a runner that compensates for overpronation. ASICS designed the GT-1000 to help you find the right balance. The brand's effective DuoMax protection system is responsible for this. Additional comfort is provided by the Gel technology and FlyteFoam damping. At the same time, this combination ensures efficient energy recovery.

The toebox of the ASICS GT-1000 is now wider so that you can find enough space even with wider feet. In addition, the current version has a revised mesh upper, which also increases comfort. As does the comfortable Ortholite insole. If you like to run in all weather conditions, the ASICS GT-1000, available online at Keller Sports, is also available in a GT version with a GORE-TEX membrane.

The advantages of the ASICS GT-1000

Gel is one of ASICS' most important technologies, but it is not the only cushioning in the GT-1000. In addition, there is the necessary support and a new upper material. The following technologies make your run more comfortable:

Relaxed runs with the ASICS GT-1000

The ASICS GT-1000 leaves the long haul to others. The runner wants to make it easier for you to get started in running. For overpronators who have resolved to run more from now on. For overpronators who are increasingly aiming for the after-work or weekend run. There, the ASICS GT-1000 provides women and men with stability that comes into its own best on the road and over distances between five and ten kilometres.

The ASICS GT-1000 is the proverbial beginning. It is followed by the 2000, 3000 and 4000, with the intensity of the stability technology constantly increasing in the further models. You can order all versions, including the ASICS GT-1000, online at Keller Sports. Of course, the GT-1000 models with GORE-TEX membrane as well as different colourways of the ASICS GT-1000 for women or men are also available.

Information about technologies and their advantages, which you can find in the ASICS GT-1000 shop at Keller Sports, spreads the theory in front of you. However, you can only find out how Gel and FlyteFoam perform in practice when you order the ASICS GT-1000 online. We offer attractive GT-1000 deals that you can easily combine with our premium discount.