Initially a pioneer in backpack production, Bergans is now one of the top brands for outdoor and winter sports clothing. No wonder, the Norwegians can already look back on over a hundred years of history. They already equipped adventurers like Roald Amundsen with their products at the beginning of the 1910s. Today the Scandinavians focus on absolute top quality, functionality, chic design and sustainable production. On the ski slopes, in the woods or simply strolling on cold days: with Bergans on your body, you're ready to fight the unfaltering winter. A fight you've already won with Bergans against the icy season.

Initially a pioneer in backpack production, Bergans is now one of the top brands for outdoor and winter sports clothing. 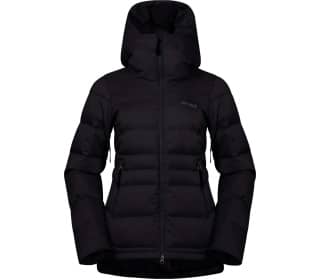 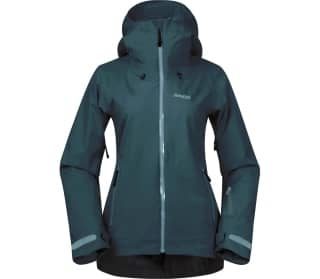 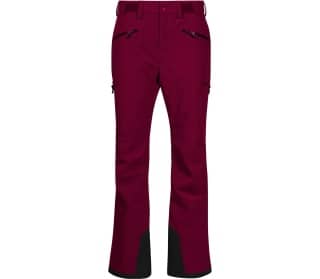 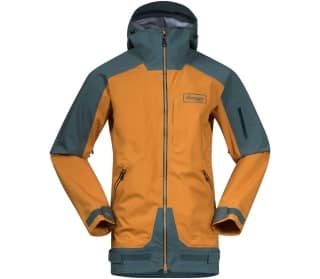 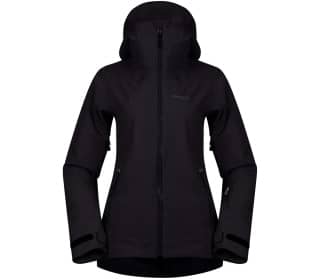 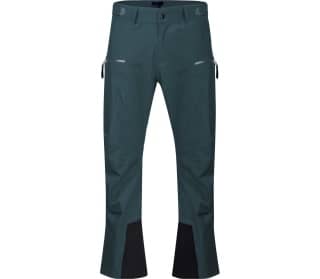 Ole Ferdinand Bergan was a creative inventor. He worked as a bicycle mechanic in his Norwegian hometown Tonsberg. Shortly after the turn of the century, 1906, he came up with the decisive idea that would change his life forever: Bergan, his hobby hunter and adventurer, developed a backpack with an outer carrying frame. At the beginning he still used wood as material. Only later did he use light metal to improve wearing comfort. Seven years he improved his products successively, from 1913 the Norwegian military used Bergans backpacks. However, Bergan did not want to leave backpacks. In total, the Scandinavian filed 45 patents.

At the beginning of the 20th century, advertising was still in its infancy and cannot of course be compared with today's conditions. If Bergan had already advertised extensively with his backpacks at that time, he could have presented the most famous face ever. Roald Amundsen, the first person to reach the geographical South Pole, relied on his countryman's products. Legendary is his story, popular is the race, which he fought in the fight for the discovery with his opponent Robert Falcon Scott. At the end Amundsen was 35 days ahead of his rival. There is hardly a better brand ambassador.

In the meantime, however, adventurers from abroad had also become aware of Bergans. The British Himalaya pioneer and Mount-Everest-Climber Charles Granville Bruce also went on his daring tours with Bergans backpacks. In the course of the years the manufacturer increased its popularity, made constantly more talk about itself - beyond the Norwegian borders. In 1986, Bergans had to make a blatant break in the company's history. When all the patterns were destroyed in a major fire at the production plant. By this time, founder Ole Ferdinand Bergan had already been dead for 33 years. In the meantime, the company no longer specialized only in backpacks, but in outdoor clothing in all its facets. The company had to buy its own patterns and disappeared from the market shortly afterwards.

GOOD REASONS FOR BERGANS OF NORWAY

It was only four years later that Bergans of Norway fully recovered from the severe setback, establishing one of the most modern and innovative production facilities for clothing worldwide. Bergans is proud of its incomparable history. Especially the boldest polar riders and adventurers, who carry out their expeditions mainly in Bergans products. Understandably, because the manufacturer from the far north uses its expertise to offer high-quality outdoor and winter sports clothing. Jackets for mountain tours , which naturally also cut a good figure on icy days on the ground.

Ski pants or the fashionable parka - with Bergans you are always perfectly dressed and perfectly tempered. The used water and wind repellent Pertex Microlight material is insulated with down and never lets you down - no matter the weather. Particularly valuable these days: Bergans focuses on sustainable production for a number of products in its range. This means that they are made from one yarn, 100 percent recycled polyester from Spin Dye. This process ensures lower water and chemical consumption during production. Safety is also very important to Norwegians. Therefore Bergans provides its winter sports products with the worldwide proven Recco reflectors.