Menu Search
The voucher code has been copied to the clipboard.
2035

The last descent is hardly finished, you are already strolling through the city, looking for a relaxed place for the evening. Your outfit? Remains constant. Because Bogner Fire Ice fits both on the piste and on the promenade. Water-repellent, windproof materials meet fashion and style at the highest level. 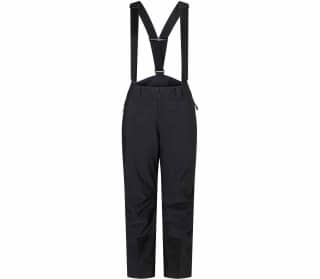 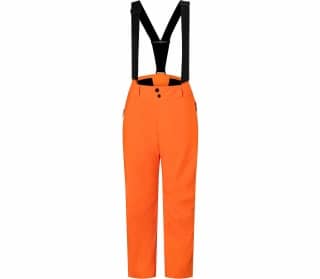 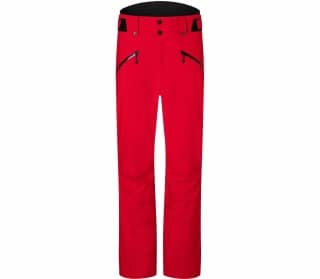 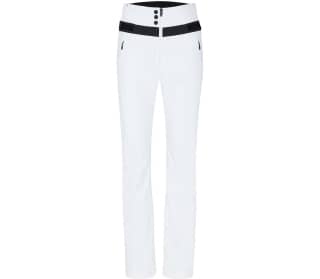 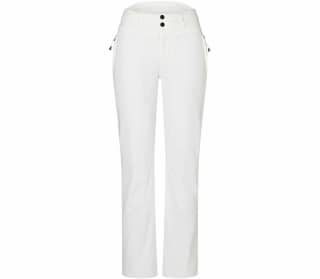 BOGNER FIRE ICE: FROM THE CANVAS TO THE PISTE

Willy Bogner junior primarily had fiery explosions, spectacular descents and daring aerials for the screen in mind. Fire here, ice there. Willy Bogner operated the camera, personally directed and released his benchmark action film in 1986. The spectacle arrived. In 1987 "Feuer und Eis" received both the German Film Award and the Bambi. Two years later his own fashion line followed. Fire and ice became Fire Ice, Bogner's young channel. The traditional brand hadn't broadcast on this until then.

But they gained all kinds of experience and put their name at the top of the ski and mountain equipment list. What was founded in 1932 by the professional winter sportsman Willy Bogner senior as an import business for ski equipment and outdoor clothing from Norway at the end of the 1980s was long one of Germany's best-known mountain sports brands and still has a firm place in the fashion world today. Since 1936, the brand had also equipped the country's Olympic athletes. Now Bogner Fire Ice products should extend the field of application.

Under the motto "Join the Tribe", the new Bogner brand began its journey. Fashion and functional outdoorwear should merge to a stylish unit. Bogner Fire Ice secured its very own niche for itself and continued to expand it over the decades. High fashion for the mountains. Outdoor apparel for the city. Borders blurred, even completely disappeared. Bogner Fire Ice created the next evolutionary stage. Bogner turned Athleisure into "Athluxury". This means no less than that the It-Pieces of the fire not only protect you from the elements, but also keep you warm and dry on the slopes and mountains. You could also turn left at the lift towards the catwalk - nobody would be surprised. Fire and ice. Fashion and function. You can get it from Bogner Fire Ice.

Bogner Fire Ice hides boundaries. Not only between fashion and function, but also between you and the elements. Thanks to the brand's outdoorwear, you are always well equipped. For falling temperatures. For sudden onset of wind. For the spontaneous snow flurry. Bogner Fire Ice products are pleasantly cut and at the same time bring a feminine silhouette for women. They are also made of water-repellent yet breathable materials. Even the best down food is part of the portfolio. So much for winter. The beginning. Because Bogner Fire Ice articles are now available for warmer months - and you can get everything at your Bogner Fire Ice dealer Keller Sports. Online we offer you the functional and fashion jackets of the Brand. You can also find T-shirts, sporty tights, transition jackets, skiwear and comfortable sports bras in our Bogner Fire Ice Store.

City? Slope? Trail? Bogner Fire Ice accompanies you everywhere. By tradition. Until 2012, the brand officially equipped Germany's teams for the Olympic Games and has also been working with well-known brand ambassadors for years. Freeskier and filmmaker Sven Kueenle belongs to the Bogner Fire Ice Team as well as Olympic Champion Markus Wasmeier and Four Hills Tournament Champion Sven Hannawald. In addition, the brand freeskier and model Sierra Quitiquit won for herself - and together with the American she brought her two big concerns together. With camera and skateboard, Brand and Ambassador moved through New York, merging fashion and outdoor. The proof of how well optics and function go together.

Bogner works together with local agencies and production consultants in order to comply with ethical, social and ecological standards in production. External and independent testing institutes also test the Apparel before it goes into the Bogner Fire Ice Sale. The Brand's outdoorwear will thus finally become a reliable companion for your excursions into nature and the city. When you wear Bogner Fire Ice products, you're not just supposed to make a visual impression.