Didriksons brings together what fits: weather-resistant, warming, water-repellent jackets whose ecological footprint is as small as possible. The Swedish sports brand pursues both from a long tradition and in the best possible quality.

Didriksons brings together what fits: weather-resistant, warming, water-repellent jackets whose ecological footprint is 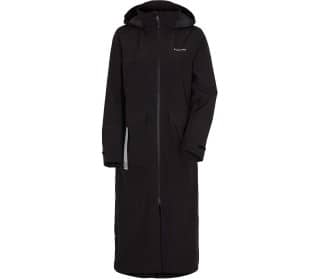 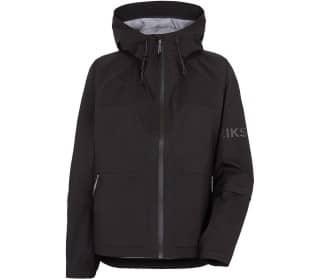 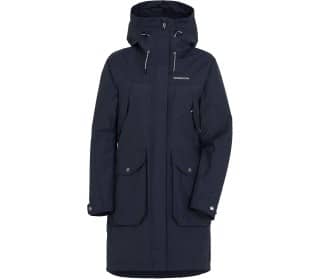 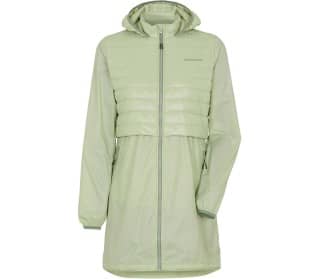 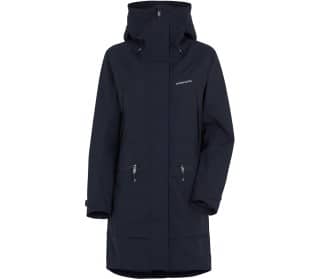 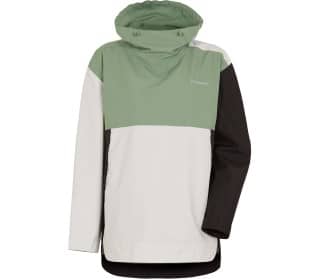 DIDRIKSONS - BORN FROM LOVE AND CREATIVITY

They both knew the pain. As part of two fishing families, Hanna and Julius had watched relatives go out on the water along Sweden's coasts. How they came back soaked to the skin for lack of proper clothing. How they fell ill and later died. Both knew about this feeling even before they knew each other. In 1910, a personal ad finally brought Hanna and Julius together. They told each other stories. Probably also about their deceased relatives. Because in 1910, more fishermen actually died in Sweden due to inadequate clothing than by drowning. Both saw a need for action and created a vision. They fiddled around, trying to make coats and clothing waterproof with the help of oil. No easy undertaking. Three years later, however, the new type of functional clothing was ready. It protected against wind and wetness - and fishermen were happy to try the clothes from Didriksons Regnklädesfabrik. Rainwear. Outdoorwear for tough conditions. That's how it once began in Sweden. That's how the company's founders Hanna and Julius Didrikson wanted it. And it still is today. Because even in the 21st century Didriksons uses its innovative spirit to give people premium apparel for the most adverse conditions to take into the outdoors.

DIDRIKSONS: SUSTAINABLE ATTENTION TO DETAIL INSTEAD OF RANDOMNESS

Many brands like to write the famous look in the direction of their own roots on their own to-do list. Didriksons lives it - in all its highly functional coats, jackets and parkas. Initially still Sweden, Borås serves as a source of new ideas. There, at the company's headquarters, the brand is always tinkering with new innovations, developing tried-and-tested products and testing prototypes down to the last detail. Only then does the production of the functional clothing follow. But not somehow. Didriksons keeps a close eye on every step of production. Whereby it is not only about producing the highest quality outdoor wear possible. Didriksons keeps an eye on nature not only to protect people from its power. At the same time, the brand tries to keep its own impact on the ecosystem as low as possible and works on solutions for this on several levels.

DRY AND STYLISH TO THE MEETING WITH THE ELEMENTS

For over a hundred years Didriksons (Swedish: "Didriksons Regnkläder AB") has helped people stay warm and dry. Regardless of rain, wind and temperatures. Water-repellent synthetic fibers are part of the mandatory program. For this purpose, the brand uses the THERMALsystem lining, which stores body heat and thus helps you brave even icy temperatures. Against moisture, for example, the company uses STORMsystem technology. GALON fibers, on the other hand, allow the material to dry again quickly. Thus, Didriksons coats and outdoor jackets are suitable for both hiking and walking, for trips to the city or even for jogging. Especially since the look is also right. The parkas and short coats of the brand rely on a subtle monochrome look, are also cut close to the body, but not too tight. Clean scandistyle meets the best function.

THE PRODUCTS AT A GLANCE

ADAPT AND SPARE INSTEAD OF CHALLENGE

Didriksons sets the direction itself: "We don't challenge the elements, but adapt to them." On the one hand, this means that the brand's jackets and parkas work in much the same way as functional camouflage: "With their help, we can become one with nature, whatever it has in store, and not have to compete with it. It also means we don't burden it by needing new clothes regularly because the functionality of the old ones has worn off." Didriksons outdoor wear is therefore designed to last. Both in terms of material and appearance. Scandinavian restraint characterizes Didriksons creations. Discreet for eternity. This is more or less the visual idea. At the same time, Didriksons strives to contribute to a more sustainable clothing industry. The brand is involved in various sustainability projects and environmental protection programs and tries to use as little water and energy as possible in manufacturing. This also means reducing transport routes to a minimum.

DIDRIKSONS FACES UP TO ITS RESPONSIBILITY - ALSO IN KIDSWEAR

Protect from rain and wind without harming nature. Didriksons deliberately chooses this balancing act and it also succeeds thanks to PVC-free impregnations of its products. In addition, the brand offers repair kits, with the help of which you can save the already durable outdoor wear itself. When the end of the life cycle is finally reached, Didriksons strives to recycle. With the result that the Swedish brand has been manufacturing its waterproof jackets from recyclable polyester since 2018. The only question that remains is suitable outdoor equipment for children. Didriksons also has this in its range. After the offspring grows, the per se less durable. But the Swedish brand is taking countermeasures. Thanks to "Extend Size," the little ones can wear their jackets longer.

Are you looking for jackets, coats, anoraks and parkas that will protect you from even the strongest wind and coldest weather? Then the Didriksons store at Keller Sports is the right place for you. We have all the premium products of the Swedes in our range. Whether outdoor vests and fleece jackets or women's parkas like the Nomi, Helle or Amina models. All winter jackets in our store - including the unisex model Kenny - impress with their understated design and highly functional properties. On top of that, we always offer great discount promotions that can of course be combined with our premium discount. So don't miss any of these promotions and subscribe to our newsletter.