Fashion or function. Function or fashion. Ellesse never drew the line. The Italian brand traditionally combines street style with sport, including prominent appearances on the world's tennis courts. It was precisely this combination that made Ellesse an icon - and the ideal companion; both on the tennis court and at the relaxed evening with the best. Athleisure created in Italy! 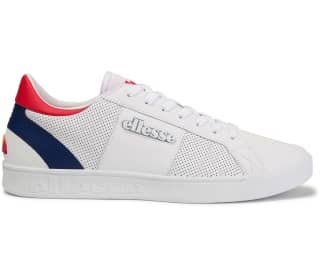 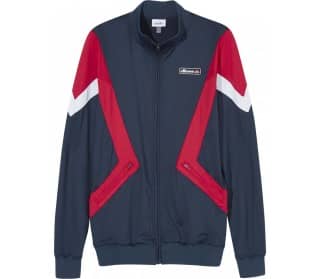 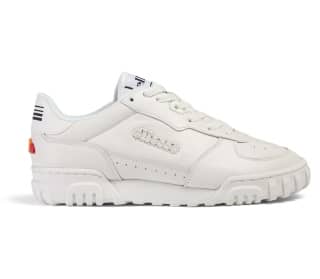 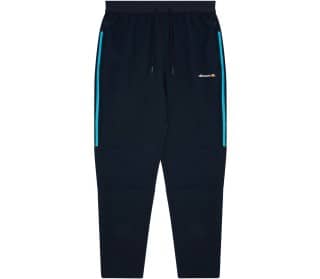 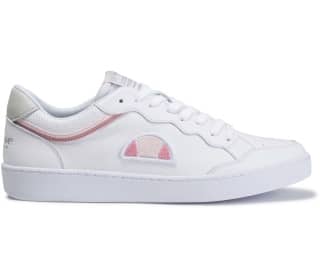 ELLESSE: FROM THE SKI SLOPE TO WIMBLEDON

With his arms torn steeply upwards, Boris Becker tips towards the net. Kevin Curren had no other choice but to transport the German serve by frame to the grandstand. Game, Set and Match, Becker. The Wimbledon Final. At the age of 17. No one was younger. Nobody dresses better. Because when Boris Becker tore his arms up, he presented by the way who had provided for his stylish appearance. The subtle message: When it came to clothing, the teenager had taken expertise and experience on the sacred lawn. Unlike Becker, Ellesse already had a wealth of experience at his disposal in 1985. Founded in 1959 by Leonardo Servadio in Perugia, the brand was initially dedicated to skiing. But the mountains were one thing, the tennis court the other, the second pillar of the fire. A similarly profitable one. Becker, Mats Wilander, Pat Cash some of the greatest legends of white sports, used the stylish designs of Ellesse. Appearance and play should merge to a unity - and it succeeded...

Ellesse did pioneering work. Where others were still looking for ways to find their way in sports OR fashion, the Italian brand simply combined both. It was not enough to produce only functional clothing for the tennis court. Also the road should turn around as soon as Ellesse products entered the asphalted catwalk. Before anyone even spoke of athleisure, the brand already combined street style and fashion with function. Always with you: the iconic logo. Half tennis ball, half tips of skis. While other brands still shyly hid their logo in the 70's and 80's, Ellesse moved his two cornerstones into the middle of consciousness. Tennis and skiing, plus Leonardo Servadio, an L an S, spoken Ellesse. Two initials, one fire. A promise. Therefore they were one of the first brands to place their logo on their Ellesse articles in a large, central and highly visible way, and in the 80s they also published iconic advertisements, commercials and even calendars. However, design was only one side, technology the other. Form and function run in unison. With his "Pneu System", Ellesse developed an innovative cushioning system for tennis shoes and repeatedly tailored the right fabrics for intensive duels on the court. The functional addition to elegance and style.

With Ellesse articles you bring a small portion of street style to the tennis court. The iconic designs of the brand skilfully oscillate between sport and street, between fashion and function. Particularly important: eye-catching but never staggering colour combinations, retro designs that also attract positive attention on the streets of London and New York. And at Keller Sports you can get the stylish tennis clothing from Ellesse online. You pull the Ellesse training jacket over the shirt or polo, protect yourself against the sun with a visor or cap, slip on the matching tennis skirt or the right short. You can also find functional tights, long trousers, ladies' tops, tennis dresses and sports bras in the Ellesse Shop from Keller Sports - in the Ellesse Sale often at particularly attractive prices.

Sportprominenz and Ellesse have been going together for decades. Becker, Wilander and Cash, Anna Kournikova and Arantxa Sánchez Vicario naturally focused on the court. You're going one step further. Tuesdays at the duel between baseline and T-line, Saturdays at the relaxed evening in the bar. Ellesse products play with the change between sport and leisure. Especially since the apparel of the fire has long since been an icon and is now almost a cultural asset. Athleisure in pure form - that's exactly what every Ellesse Style gives you.

ELLESSE IN THE CENTRE POMPIDOU

The fashion and sports world had quickly convinced Ellesse's styles - and even the art scene took notice. And rightly so, because the Jet Pant fire actually succeeded in creating such a perfectly shaped piece of fabric that it was exhibited in one of the most renowned art houses on the planet. There was no other way. So in 1979 the Paris Centre Pompidou Ellesses made Jet Pant part of an event to celebrate Italian design. Art came along with sport and fashion. Another component that easily masters the Italian brand.