Anyone who loves mountaineering, passionate climbing or ambitiously exploring the trails of this world on a mountain bike is particularly dependent on one characteristic: the best possible grip underfoot. If, in addition, you attach importance to chic looks and that certain something, you will hardly be able to get past a label: Five Ten, the grip specialists from California, the "Brand of the brave". 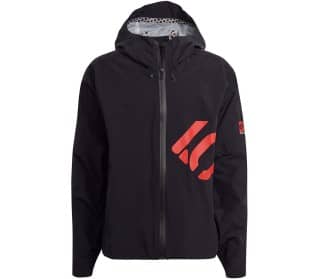 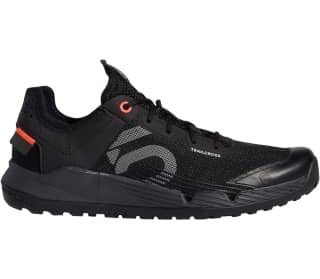 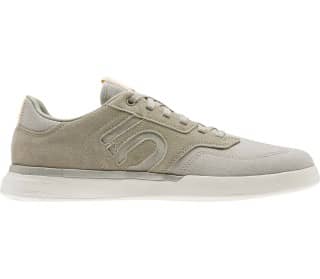 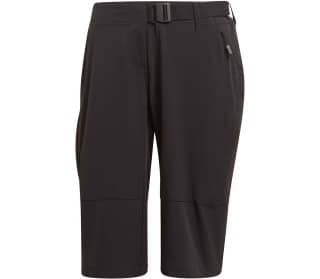 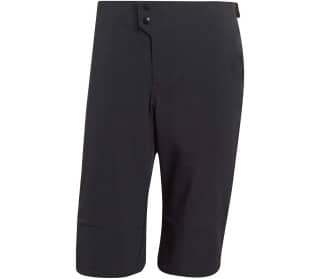 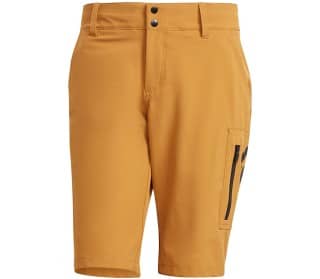 FIVE TEN: A NEAR-CRASH AS THE HOUR OF BIRTH

Sometimes it takes dramatic experiences to create something big. Charles Cole can tell you a thing or two about this truism. At the age of 30, the passionate climber almost fell to his death while descending the challenging Steck-Salathe route in Yosemite National Park. The reason: His shoes did not have the necessary grip, the Californian slipped away. On the basis of this experience, the graduate engineer set about developing shoes that would minimize the risk of such accidents during ascent and descent. For this purpose, Cole created the so-called Stealth-Sole, a special rubber compound which, due to its particularly high friction, should guarantee maximum stability. The birth of the Five Ten brand, which was to turn the climbing world upside down in the years to come. Word of Coles' innovation spread quickly. Although some of the world's best climbers were sponsored by other companies, some had their shoes fitted with the stealth sole.

Reason enough for Cole to launch his own shoe model, the "Vertical", only two years after founding the company. However, Cole did not rest on his achievements to date, but continued to tinker with his Five Ten products. The tinkerer was always striving to produce even better, even safer shoes. This was achieved with the "Anasazi", which from then on was carried by the French World Cup climber Jean-Baptiste Tribaut. With the comfortable Velcro shoe, Tribaut managed the first ascent of "Just do it", the most difficult climbing route in the USA. A trial by fire, which over the years has attracted other world-class climbers, who, with Five Ten shoes on their feet, made mountains around the globe unsafe. At the beginning of the new millennium, Five Ten expanded its range with high-quality mountain bike shoes - as Five Ten dealers, we naturally have these in stock.

The numerous innovations with which Five Ten has been causing a sensation on the scene for over 20 years have not gone unnoticed even by the very big names in business. In November 2011, California-based sporting goods giant adidas, which recognised the great potential in the outdoor sector early on, took over the company. The Swiss francs reportedly paid 25 million US dollars in cash for Five Ten. "We are very pleased to be working with Five Ten. Five Ten is a leading brand in the outdoor market and in the outdoor sports community. Mountaineers, mountain bikers and other outdoor athletes around the world appreciate the products," said then adidas Vice President Rolf Reinschmidt, explaining the deal.

Five Ten founder Cole explained: "The deal offers Five Ten exciting prospects. With the support of the adidas Group, we can finally realize the full potential of our 'brand of the brave'. Here at Five Ten we like the philosophy of adidas founder Adi Dassler, who focused on product quality and did everything necessary to give the athlete the edge. A good philosophy that we at Keller Sports share and therefore offer you the premium shoes from Five Ten online.

Mountain biking has enjoyed growing popularity for many years. For a safe ride on the bike, it is obligatory to rely not only on high-quality components on the bike, but also on the right footwear. At the Five Ten Store at Keller Sports, ambitious mountain bikers will therefore find a wide range of shoes with the necessary grip. Are you looking for the best interaction between foot and pedal? Then get yourself a pair of Five Ten. For men, Keller Sports offers the Freeride EPS in the Five Ten Sale. Featuring a classic freeride design, this model features warming insulation and water-repellent elements so you can indulge your passion in any weather. Of course, the ladies will not be left out in the Five Ten Shop at Keller Sports either: The Freeride Pro is specially designed for narrower women's feet and offers maximum grip as well as comfortable cushioning that perfectly absorbs shocks during landing.

The sporting goods manufacturer adidas, of which Five Ten is a member, is more transparent in its approach to the promising topic of sustainability than many other companies. The objectives are clearly defined in the sustainability strategy "Sport needs a space" and can be viewed on the Group's website. Accordingly, the handling of sustainable materials and chemicals management is also defined in the sustainability reports. By 2020, adidas and Five Ten have set ambitious environmental targets. A commitment that is rewarded: adidas and its subsidiaries are regularly voted into the top 3 of the "Dow Jones Sustainability Indexes".

FIVE TENS STEALTH SOLE: A SUCCESS STORY, EVEN ON THE PEDAL

The world's best climbers have mastered their daring tours, not least because the stealth sole created by Five Ten opened up new possibilities and provided unimagined grip. But the Californians' innovation was not only intended to improve climbing sports. Also mountain bikers and downhill riders, who also need grip, became aware of Five Ten. Three-time downhill world champion Samuel Hill is a Five Ten rider from the very first hour and even has his own model, which is now in its third generation.

Prime Mountain Biking magazine tested the shoe and came to the following conclusion: "First of all, we have to give the Stealth S1 sole the greatest praise: it always provided the best grip even on worn pedals, thus conveying control and safety. Even after one season of continuous use, nothing has changed in this grip level - 1A! (...) A bank on the downhill and also proven in Enduro use, the Sam Hill 3 is a clear buying tip for all Flatpedal Thunders out there! Just one example that underlines the high quality of the products in our Five Ten Sale.