The Giro bicycle, ski and snowboard helmet manufacturer combines safety and maximum performance in a class of its own. The Californian label is one of the pioneers in the field of high-quality sports helmets. Thanks to NASA's aerodynamic technology, the company revolutionised the Tour de France time trial in the 1980s. Even today, the name Giro is still synonymous with revolutionary innovations in the design, comfort and safety of sports helmets.

The Giro bicycle, ski and snowboard helmet manufacturer combines safety and maximum performance in a class of its own. T 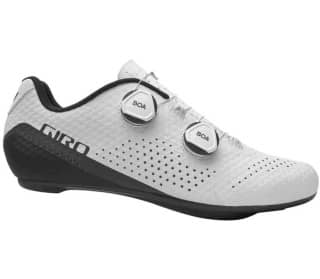 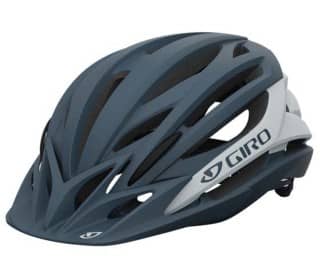 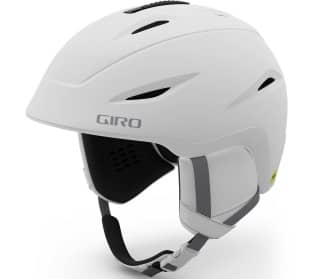 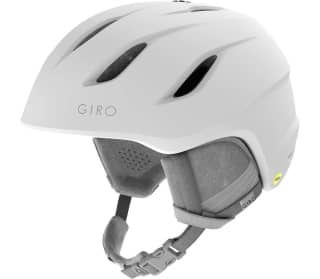 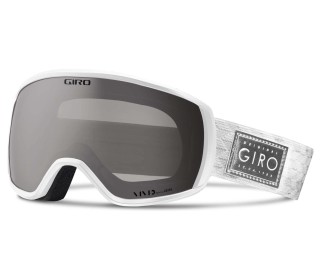 GIRO: WITH NASA TECHNOLOGY TO SUCCESS ON LE TOUR

The success story of Giro begins in the 1980s, when company founder Jim Gentes transfers the wing aerodynamics of NASA aircraft to his bicycle helmets. 1989 Giro launches the first drop-shaped plastic helmet "Aerohead" on the market. In the same year US racing driver Greg LeMond wins the time trial of the Tour de France equipped with it and in the end even the overall victory of the three-week round trip. Even then, the aerodynamics tested in the wind tunnel, the feather-light weight and the cooling ventilation provided the decisive advantage.

It was not only the end of the "sausage" helmets from the Eddi Merckx era, but also the proof that form and weight of a helmet can decide victory and defeat. The Giro team has maintained this innovative ambition over the years. In 1998, after one and a half years of development, the label launched the first high-tech snowboard and ski helmet on the market. Until then ski helmets were unwieldy and heavy, but the Giro ski helmets of the first hour were characterized by their low weight and the intelligently arranged ventilation slits. Due to its innovative design and maximum head protection, the brand has developed into the market leader in the field of ski and snowboard helmets and continues to set standards today with its high-tech designs.

The company from Santa Cruz, California stands for a detail obsession that not only professional athletes appreciate. At the beginning of every new model there is handicraft. In the headquarters, which bears the nickname "The Dome", it therefore looks like a ceramics workshop. Designers use sharp tools to model the basic idea of a clay helmet. The final version made of polystyrene and the highly elastic synthetic fibre Lycra is later produced by 3D printers.

In between, every millimeter, every angle in the form of a ventilation slot is excessively checked for its performance. In the workshops there is even a machine that simulates the sweat of the athletes. "In the development phase, we destroy more helmets than other companies ever produce in order to achieve perfection," says founder Jim Gentes. He founded Giro in 1985 because there were simply no bicycle helmets on the market that met his quality standards.

At Keller Sports we concentrate on ski goggles, cycling gloves and racing shoes and mainly on helmets from Giro for bike and ski. These are characterized by their excellent fit and can be adapted to your individual head shape in seconds and even with ski gloves on. The soft padding is hardly to be felt and guarantees thanks to the constantly developed technology the best possible head protection. The latest safety advance here is called MIPS and is integrated in the "Zone" model, for example. Behind MIPS (Multi-Directional Impact Protection System) is a floating shell integrated in the helmet that partially absorbs the acceleration energy dangerous to the brain in the event of a fall.

In view of the company's innovative strength, it is hardly surprising that countless professional racing drivers have Giro models as standard equipment. The developers of the sports equipment manufacturer work closely with renowned top athletes from the very beginning and design innovative helmet solutions with the athlete's opinion in mind. So it is hardly surprising that the company also likes to work special shifts and tests over a hundred helmet models for its athletes in five wind tunnels. Greg LeMond was the first non-European to win the Tour de France (1986, 1989 and 1990). Today, the six-time winner of the Tour de France Green Jersey, Peter Sagan, benefits most from this meticulousness. The Slovakian has relied on Giro helmets for years.

SAME PASSION AS THE ATHLETES

By the way: The Italian word Giro means translated "Tour". In addition to the meaningful name of the label, the passion for the sport was already evident in the original logo - whose typography was based on a stylized racing cyclist. The logo has been modernized over the years, but the basic idea behind it is still the same: Giro shows the same passion in making the products that the athletes on the track feel for their sport. "We'll Stop, When You Stop", is the claim of the Californian company.