Menu Search
The voucher code has been copied to the clipboard.
1880

Ways are created by walking them. They reveal to us what moves us, what drives us, who we are." The company motto could not better describe the enthusiasm with which Hanwag manufactures each and every one of its shoes. With a love of detail, a commitment to the highest quality and the aim of combining traditional Bavarian craftsmanship and modern design to create an outstanding product. Thus the family business from Vierkirchen carries its name all over the world. 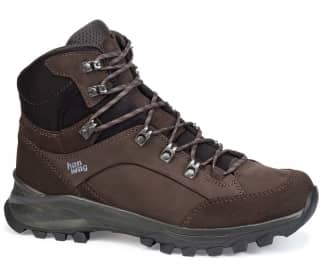 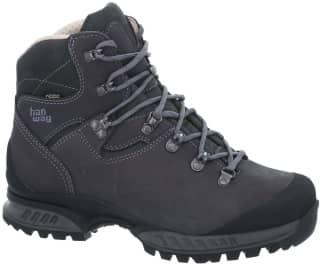 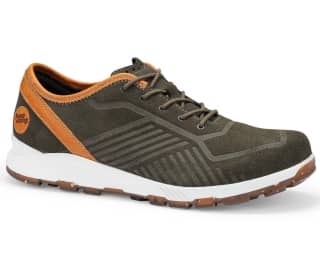 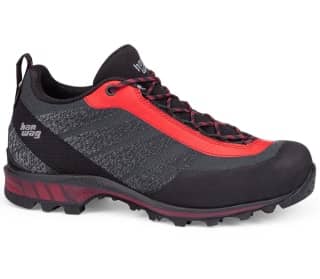 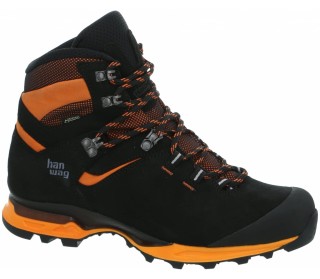 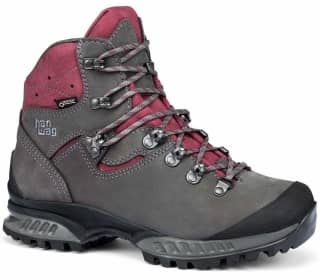 THE WAGNERS: A SHOEMAKER CAREER

Jetzendorf in Upper Bavaria. Hans Wagner was born in 1896 in the heart of the famous metropolis of Munich, not far from the Alps. The boy's passion for the manufacture of shoes had been put into his cradle: His father already worked as a shoemaker. In Munich, Hans also learned this high craftmanship, especially the so-called twin sewing, which was still quite new at that time, but is still used today in Hanwag shoes. It was a shaft-to-floor connection technique that was used for particularly robust footwear.

Equipped with the necessary know-how, Hans Wagner moved to Vierkirchen, where he became self-employed in 1921 and founded Hanwag - the name of the company was composed of the first letters of his first and last name. Hanwag began to focus on mountain boots and ski boots as early as the mid-1920s and thus entered a sector that was booming despite the global economic crisis - especially in Upper Bavaria and especially in the Wagner family, as his brothers Adolf and Lorenz did the same and founded the manufactories Hochland and LOWA respectively.

HANWAG: FROM BAVARIA INTO THE WORLD

The company continued to grow, Hans Wagner hired new workers in Vierkirchen and constantly developed his products, but without making any changes in production. Hanwag is still the only German shoe manufacturer that continues to focus on traditional twin sewing. Beside this high-quality, old art, with the Bavarians all shoes are "pinched". This method is characterised by the fact that the leather is placed over the upper of the shoe and glued there. The sole is fastened only afterwards to ensure that all shoes can be resoled. Nothing has changed about that to this day. In 1972 Hans Wagner gradually withdrew from his company, finally handing over the scepter to his nephew Josef, who had trained as a shoemaker with him.

Hanwag then experienced a real boom. Also because the Vierkirchen company produced the "Haute Route", the world's first ski touring shoe. Together with Sepp Gschwendtner, the sports climber pioneer and paraglider pilot, the Bavarian manufactory also developed climbing shoes with soft friction soles. After Josef had successfully managed the company for around 40 years, Hanwag was placed in the hands of Fenix Outdoor, which includes the brands Fjällräven and Primus. The conditions for the acquisition of Sweden: The preservation of the brand name, the production site in Vierkirchen and all jobs. Hanwag is now represented around the globe with its trekking shoes, alpine boots and mountain boots.

Keller Sports has a whole range of Hanwag's absolute long runners in its shop. Anyone looking for a trekking or hiking shoe of the highest quality will find it here. Whether you're a fan of light outdoor activities or a mountain hiker on a challenging tour with glacier sections, Hanwag has just the right shoe for you, with waterproof yet breathable materials that keep your feet dry.

HANWAG-SHOES: "THE DIRECT CONNECTION BETWEEN MAN AND THE EARTH"

Hans Wagner was not only a brilliant shoemaker and managing director, he also liked to philosophize: "For a mountaineer, the shoe is the most important object," he once said, describing footwear as a "direct connection between man and earth. However, Hanwag still shows today how much love it has for its products and how high its quality standards have been since 1921.

While numerous competitors in the outdoor sector produce more short-lived shoes with their less expensive design, the Bavarians have taken up the cause of producing products that can last a lifetime with good care. Here again the method of the Zwiehnähens and Zwickens comes to bear. And when the sole has run through, Hanwag simply re-soles it again. A procedure that is not possible with normal, cheaper production. Broken sole means buy new shoes? Not at Hanwag.

LEAVE ONLY THE BEST OF THE LEATHER

Hanwag takes great care to ensure that only the best leather is used for its shoes. The Bavarians therefore work with several types of leather from different suppliers. It is particularly important where the elementary raw material comes from. Nubuck leather, split leather, lining leather or Terracare Zero, produced by the German Heinen tannery, which is completely CO2 neutral - only hand-picked experts, who practice their trade as traditionally as Hanwag, are among the shoe manufacturer's suppliers. Except for the high-quality yak leather, which is procured from Tibet, the entire supply chain is within the EU.