K-Swiss, specialist for premium sports shoes and lifestyle sneakers, has been causing a sensation with its innovations since the 1960s. At that time, the Californian brand produced the first tennis shoes made entirely of leather and with a new type of lacing, thus laying the foundation for the American Dream of two Swiss brothers. The shoes left a lasting impression and have since given the greats of the white sport more support for their action-packed rallies. But K-Swiss sneakers have long since also become a firm fixture in the lifestyle segment and cut a dazzling figure even off the tennis court.

K-Swiss, specialist for premium sports shoes and lifestyle sneakers, has been causing a sensation with its innovations s 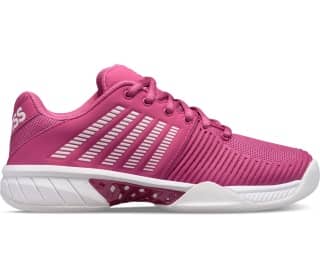 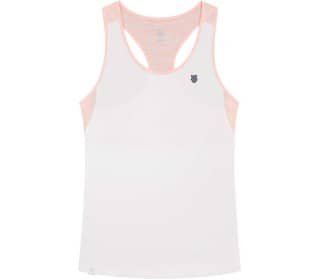 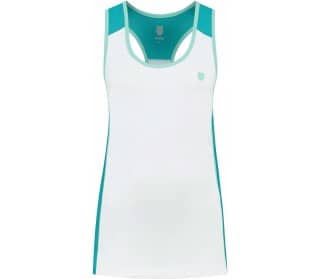 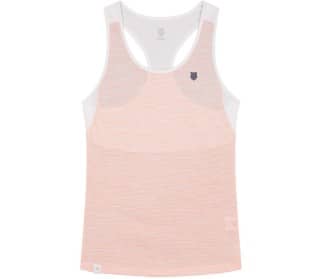 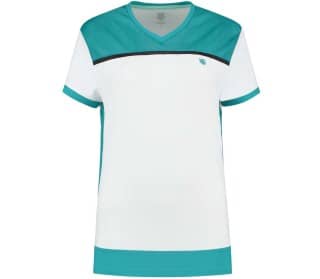 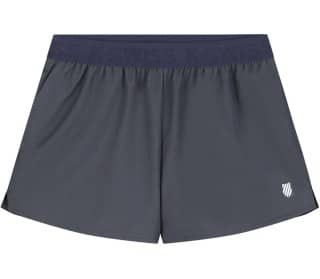 Tennis and skiing - the two passions of the Art and Ernie Brunner brothers paved the way for K-Swiss. Whereas tennis shoes were made exclusively from canvas until 1966, the brothers who emigrated to California oriented themselves to the leather ski boots they were so familiar with. A material that could also be used for tennis shoes and offer the foot more support - this was the winning assumption of the two Swiss. They presented their shoes, predestined for tennis and its aggressive changes of direction, to the world public on the sacred grass of Wimbledon. For 20 years the K-Swiss Classic tennis shoe dominated the courts from Melbourne to New York City. Only then did the Brand finally follow up its successful model with the "Gstaad" with a second one.

By far not the last model of the up-and-coming sneaker smithy and so it was only a logical step back across the big pond. In 1991 K-Swiss expanded, and since then has also been successfully selling its sneakers in Europe. It goes without saying that today K-Swiss products have far more sophisticated technologies than just the company's initially decisive sports shoe lacing. For example the special Shock Spring® cushioning, the ribbed shoe collars with Infi-Knit technology or the DragGuard ™ material in the toe and heel area. This is the company's response to the ever-increasing demands of the increasingly dynamic sport of tennis. At the same time, the Californians provide outstanding arguments for visiting the K-Swiss Sale at Keller Sports.

K-SWISS ARTICLES - FUNCTION AS A TRADEMARK

With the help of five Perlon strips, which are integrated into the ring lacing of the shoe starting from the sole, the foot is given enormous lateral support. This is the principle of the innovative sports lacing, which was also used in the K-Swiss Classic in 1966. Along with the coat of arms logo, these stripes have long been the unmistakable hallmark of the brand, as they stand for stability and Swiss innovative power at the highest level. In most cases the functional stripes are colourfully contrasted from the rest of the design and form the centre of the predominantly two-coloured styles. The fact that design and technology also appeal to the customer is proven by the fact that K-Swiss today sells its shoes in over 80 countries worldwide and that the brand has long since gained a foothold in the lifestyle sector.

As a K-Swiss dealer, we concentrate on the core competence of the Californian brand, offering numerous premium tennis shoes from K-Swiss online. In addition to high-quality entry-level and sophisticated professional models for men and women, young players are also well catered for in the K-Swiss Shop at Keller Sports. Also because the company makes no difference whatsoever in the quality standards for children's and adult shoes - after all, everyone has started small.

By the way, this is best done in the K-Swiss Bigshot Light 3 Junior. For the greats of the sport, we have tennis shoes in stock for every surface, from the Receiver range for women to the Aero Court Hb men's tennis shoes, to the top models Hypercourt Express and Aero Knit tennis shoes. So in our K-Swiss Store you can get just the right footwear for your next gala appearance on the court - in the K-Swiss Sale you can even get it at particularly attractive prices.

K-SWISS PRODUCTS - A MATCH BETWEEN SPORT AND LIFESTYLE

It's a match! Sport and lifestyle are by no means mutually exclusive in the case of K-Swiss - on the contrary. Gangster rap legend Ice T already knew this in 1997 when he hit the Arsenio Hall Show in his K-Swiss North Classic shoes. Numerous shoes of the Californian brand became real lifestyle top sellers, including the Altezo, another K-Swiss sneaker icon.

K-SWISS BREAKS NEW GROUND WITH "THE BOARD

Since 2015, Brand has placed its trust in the forward-looking decisions of The Board. A 100-strong trend team under the leadership of DJ, musician and entrepreneur Diplo is breaking new ground and developing fresh ideas that will lead K-Swiss into a successful future. As of today, K-Swiss products are still in great demand, even a good 50 years after the company was founded.