Six decades ago, the US company Lange did not develop the first brand-ready ski boot made of plastic, but has since equipped more medal winners at Olympic Games and World Championships than any other brand. Thanks to constant technological development, Lange is still considered the reference in ski boots today.

Six decades ago, the US company Lange did not develop the first brand-ready ski boot made of plastic, 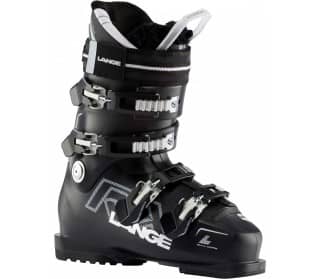 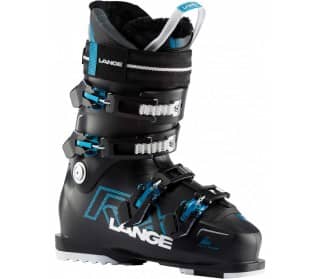 The US company Lange has simply revolutionised the world of ski boots. Back in 1958, when the whole world was still venturing onto the slopes in leather boots, former Air Force pilot and company founder Bob Lange made his first attempts to develop a plastic-reinforced ski boot using polyester resin. After several failed experiments, he finally launched the first plastic ski boot with lacing in 1962. Three years later the first modern model with metal buckles followed. And by 1967 at the latest, Lange products had finally made their breakthrough: that year, Nancy Green from Canada won the first Ski World Cup in Lange ski boots.

MORE MEDALS THAN ANY OTHER SKI BOOT SUPPLIER: LANGE

The success story was to continue: at the 1968 Winter Olympics in Grenoble, France, athletes wearing the Lange Competition shoe won a total of five medals. Since then, almost every ski boot produced in the world has been based on this so-called front-entry design, which gave professionals maximum precision and control. And Lange - as a technological pioneer - established itself as the brand for ski boots par excellence. To date, athletes wearing Lange shoes have won almost five times as many medals at the Olympics or World Championships as with any other brand. Skiing legends such as Bernhard Russi, Alberto Tomba, Marc Girardelli, Maria Riesch or Hermann Maier - they all remained faithful to Lange Articles throughout their careers.

SKI BOOTS IN THE LANGE STORE AT KELLER SPORTS

For sixty years now, Lange's goal has been to develop shoes that do not simply enclose the foot. Rather, the company's tinkerers want to anticipate the behavior of the foot and the movements when skiing. The aim is to create a shoe that acts as a natural extension of the leg. True to the brand claim "Be one with your boots" with maximum wearing comfort at full performance. Lange has recently started using an innovative dual core technology for this purpose. Behind this designation lies a production process in which an injection method developed by Lange, which was specially developed for this purpose, simultaneously injects soft and rigid variants of the most reactive high-performance plastics into the shoe mould and aligns them in a specially coordinated manner with key areas of the shoe.

During the journey these different cores are either actively compressed or expanded. The resulting energy is transferred directly to the foot, so that jumps and changes of direction are supported by the shoe. Riders can look forward to an unprecedented level of progressive flex and impressive rebound with Lange products overall. Of course, this Ted technology is also used in the premium ski boots from Lange, which we offer at Keller Sports in our Lange Shop. In addition to the top models XT Free 130 for men and the XT Free 90 for women, we, as Lange dealers, also have the high-quality beginner's models in stock at Lange Sale.

The Dual Core technology can now be found not only in the Race Line RS but also in the All Mountain Line RX - which we at Keller Sports offer for both women and men in our shop. The collection offers extremely sporty shoes that offer absolute safety even at the highest speeds. The new Shin Control 3D liner also allows longer and better skiing days because it adapts perfectly to the lower leg while relieving the typical pressure points and thus protecting sensitive shins. The 3M Thinsulate insulation also keeps feet warm for longer, while the GripWalk sole provides a better walking feel on ice and snow.

Thanks to such continuous further development of ski boots, many active top skiers still count on Lange's quality today. Among the brand's lovers are, for example, Lara Gut-Behrami, Nadia Fanchini and Federica Brignone. However, Lange has long been represented not only in the alpine skiing disciplines, but also in skicross and freeski. In these, Jean Fred Chapuis, Alizée Baron and Richard Permin stand out as Lange fans.