With Leki winter products you will be well-equipped for your winter sports The Swabian manufacturer combines the extensive experience of their long company history with special ideas. Constant innovation is the core of the company philosophy and gives Leki products a certain je ne sais quoi. This means that every winter sports enthusiast is perfectly kitted out for their alpine ski tour. Leki ski poles will take you safely down the mountain and their gloves will win you over thanks to their outstanding comfort. Even in icy cold weather they'll keep you warm and you can get stuck in to your mountain adventure. 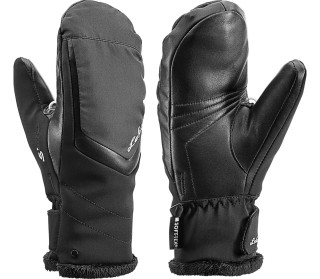 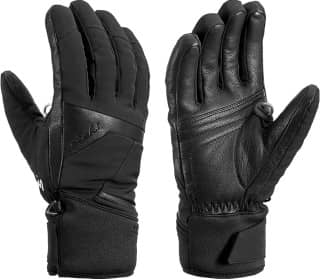 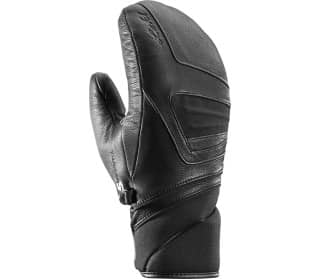 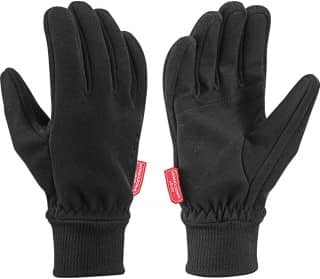 Already in his youth, company founder Karl Lenhart was an enthusiastic skier. But he was never satisfied with the quality and functionality of the skiers of that time. So in the 1960s he began with his manufactory Leki Lenhart GmbH, which until then carved wooden letters for the lettering of baker's shops and butcher's shops, to produce own ski poles. Lenhart used his experience from aircraft construction. There he had learned to process aluminium and composites.

The result was the world's first glass fibre composite shaft, which he launched in the seventies under the name Leki (which stands for the owner and company headquarters: Lenhart in Kirchheim). "To produce pieces ourselves, not only as a supplier, was one of the most important decisions in our company history", says managing director Waltraud Lenhart, who, together with her husband Klaus, son of Karl Lenhart, who died in 2012, has made the company what it is today: the worldwide leading supplier of ski sticks and glove systems.

From then on Leki hurried from success to success: With over 250 registered patents the company has brought so many innovations onto the market as hardly any other manufacturer in the outdoor- and ski industry. The "Lekifix"-fastening device for skitellers is still attached to every ski pole today. In 1974 Leki designed the "Makalu", the world's first adjustable trekking pole. 2008 followed with the "Trigger S" another milestone in the history of the company: Klaus Lenhart had barricaded himself for weeks in his workshop and developed a smart grip-loop-system, which is still unique today.

With the "Trigger"-System the loop of the glove is simply clicked into the handle and out - at the push of a button or in case of a fall it disappears automatically. Injuries caused by swirling ski poles suddenly became a thing of the past. The company also manufactures suitable and meticulously processed Gloves, which defy all weather conditions.

What all Leki innovations have always had in common is the certainty that customers will enjoy their products for years to come and can rely on them. The complaint rate is around 0.001 percent - because safety, quality and functionality are always at the forefront of all product developments from Kirchheim unter Teck. For example, the Leki ski poles that we have at Keller Sports, in addition to ergonomic handles and low weight, offer particularly high flexibility and outstanding stability. The optimal swing behaviour makes the ski poles ideal companions even in the most adverse winter conditions. Of course, we also offer a wide range of highly functional and elegant ski gloves - both mittens and finger gloves - equipped with the loop for the Trigger S-System.

All these excellent performance characteristics are not only appreciated by hobby riders, but also by many top athletes from the alpine and Nordic regions. The US-American Mikaela Shiffrin, for example, became Olympic Champion, World Champion and overall World Cup winner with Leki poles. Johannes Høsflot Klæbo won three gold medals in cross-country skiing in Pyeongchang and Kaisa Leena Mäkäinen became three-time overall winner in the Biathlon World Cup with Leki ski poles. The company attaches great importance to close cooperation with current and former top athletes who are not only able to suggest improvements but are also directly involved in product development. In the ski racing sector, for example, these are the former top German-speaking skiers Benni Raich or Felix Neureuther.

This is not only the sporting success, but also the sustainability concept with the Leki that produces enthusiasm. For example, the family business pursues the goal of closed production circuits in the production of its articles. Aluminium chips that accumulate during processing, for example, are collected and reprocessed via filter systems. All plastic parts of the parts, plates and adjustment systems are produced by the company itself, only the material is supplied. Residues are returned to the cycle and can be reused. As a result, almost no waste is produced during the production of Leki products. And of course sustainability is also about the quality of the products: "The greatest sustainability on our part is to develop products that have a very long service life," says managing director Waltraud Lenhart. "This makes the least amount of waste to produce."