What began as a US distributor of running shoes now enjoys an unparalleled status in the sports world - and almost goes without saying for premium quality in the running sector. But Nike has not forgotten its roots. On the contrary: with the Nike Miler series, the Americans pay homage to their beginnings and deliver top-class running shirts. 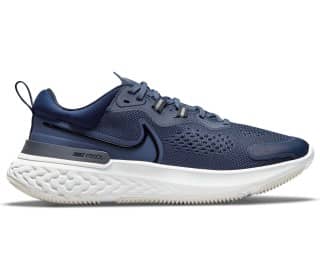 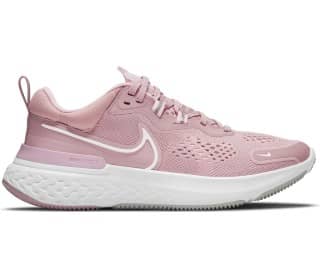 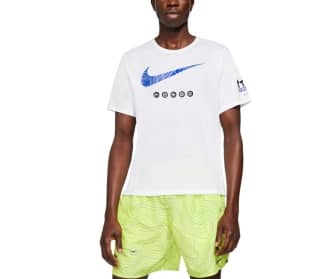 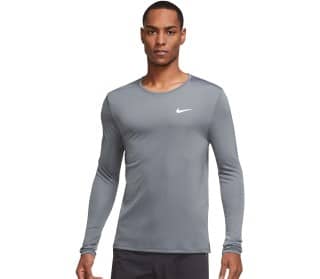 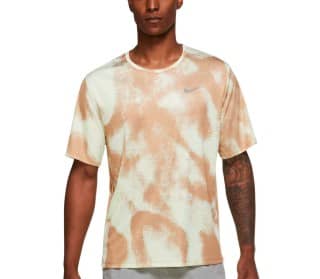 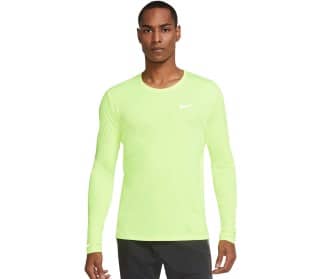 NIKE MILER - RUNNING IN YOUR VEINS

Did Bill Bowerman expect to found the world's largest sporting goods company? Probably not, as the German giants Adidas and Puma had already established themselves in the market. But Bowerman knew exactly where to start when he had the idea of entering the running shoe market in June 1964. After all, he was a successful track and field coach at the University of Oregon in Eugene. Several promising athletes passed through his school. Accordingly, Bowerman also experienced first-hand the inferior footwear his protégés had to contend with during training and competition.

Together with Phil Knight, he researched ways to create better running shoes. Initially operating under the name Blue Ribbon Sports as a distributor for Onitsuka Tiger shoes, the duo broke away from their Asian partner in 1971. From then on, they produced their own running shoes and thus laid a significant foundation stone. The birth of Nike, in reference to the Greek goddess of victory. After the brand succeeded in winning over sports stars such as basketball player Michael Jordan, Nike advanced to become the world's leading sports goods manufacturer in 1989, 18 years after its actual founding. A status that the brand still holds today, also thanks to the innovative Nike Miler articles.

NIKE - 35 DOLLARS FOR A WORLD TRADEMARK

What distinguishes a brand besides high quality standards? A high recognition value. To ensure this, a concise logo is obligatory. Phil Knight had also figured this out. Shortly after the name was changed to Nike, he commissioned the graphics student Carolyn Davidson to design a distinctive logo. It was she who designed the so-called Swoosh and thus one of the most famous trademarks in the world. In return, she received a mere 35 dollars for her work. For many years, people have known: Where the Swoosh is on it, there is quality, unmistakable design and passion for sport inside.

In the Nike Miler Store at Keller Sports you will find a large selection of performance-oriented running tops and running shirts for men and women: Nike Miler products are ultimately aimed at functional outerwear, especially for running. The various models not only impress with their stylish colour selection and their sporty, simple design. They are characterised - even more important for ambitious runners - by particularly breathable fabrics and sweat-wicking materials. Nike Dri-Fit and Nike Breathe are the groundbreaking technologies behind each. In addition, Nike Miler articles shine with high wearing comfort during even the longest run and with their high-quality workmanship. That's why it's always worth taking a look at the Nike Miler Sale at Keller Sports, where a number of Nike Miler products are often offered at attractive prices.

You're a passionate runner but have to deal with annoying friction and excessive shirt moisture? Then you should go for Nike Miler shirts, which are designed and produced specifically for running. Thanks to the use of breathable and sweat-wicking materials, Nike Miler products provide a pleasant cooling effect and a comfortable feeling - even during long runs. In addition, the cut and the classic design of the specially developed shirts and tops are convincing: mesh inserts provide airy cooling, reflective elements for your safety in the twilight. In this way, all Nike Miler articles guarantee one thing above all in practical use: that you can concentrate fully on your passion and enjoy every run as a new and exciting adventure.

Nike's great ambition is to constantly improve. To make its premium products even more functional and to produce them of even higher quality. In short, to maintain its supremacy in the sports industry. One of the best-known and most profitable Nike technologies is without a doubt the innovative Dri-Fit Knit technology, which is also used in Nike Miler products. The ultra-lightweight, pleasantly soft material has different knit patterns, which always maintains the perfect fit, but also ensures maximum stretch and cooling effect. Seamless constructions also ensure that the shirts fit smoothly.