The trees on the left and right seem to blur. The gravel belt below you runs along at a constantly high speed - even though you are already on the road longer than usual. Air, joints and muscles play along. You have ensured this yourself through intensive training. You wear the right shoe for the job. A shoe whose cushioning absorbs shocks and returns energy, whose materials provide both support and comfort. In short: you're wearing the Nike Vomero. 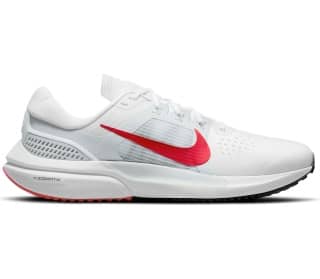 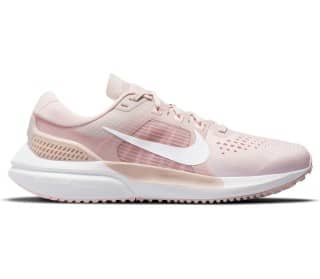 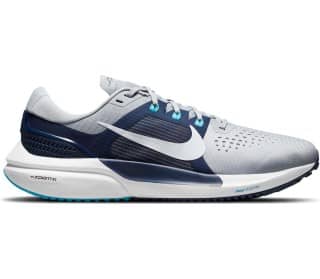 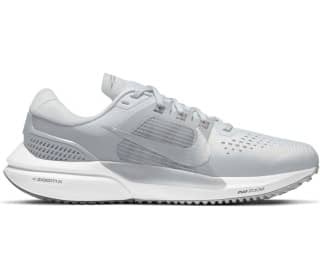 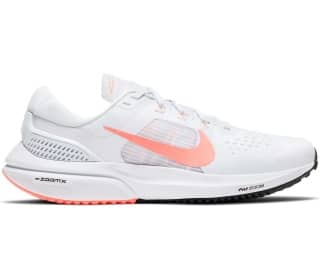 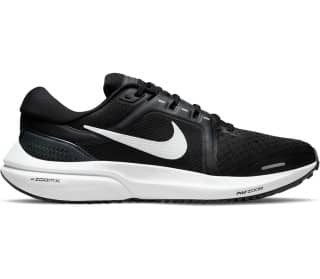 No run, no Swoosh. After years of distributing Onitsuka Tiger shoes in the USA under the Blue Ribbon Sports label together with Phil Knight, one thing was clear to Bill Bowerman: runners needed more traction, more cushioning, a shoe perfectly tailored to them. Not only was the legendary Cortez shoe born from this idea, Nike also entered the world stage of sport with the launch of its first Runner. Since then, the brand has been deeply rooted in running. Technologically, this raises expectations - and so the Nike Vomero is a direct successor to some of the most legendary running shoes in history. Cortez. Pegasus. Air Max. Vomero. Commitment made, commitment fulfilled.

BEST TECHNOLOGIES UNITED UNDER THE SWOOSH

No run without a swoosh. At least not with Nike Vomero articles. Once designed by graphic design student Carolyn Davidson, Nike's Swoosh has long been one of the most famous logos on the planet, and as such is also skilfully applied to the side flanks of the Nike Vomero. A seal of quality with a promise of performance. Because where the Swoosh swings along high-tech materials, the best technology is inside. In the case of the Vomero, this means that you run on a mix of React and Zoom damping. This in turn guarantees you both pleasantly soft landings and efficient energy recovery for dynamic and endurance runs.

At the same time, the mesh upper keeps your foot in place without creating a feeling of constriction. Additional comfort is provided by the cushioning element at the heel, while your Nike Vomero adapts perfectly to your foot thanks to Flywire. Nike Vomero products provide you with a comfortable, yet firm fit, but above all the best cushioning - and that over the entire length of the shoe. In addition, there is a stylish design that also gives the necessary space to the look. At Keller Sports, your personal Nike Vomero retailer, you can find the complete design range of the Nike Vomero online.

THE NIKE VOMERO SHOP AT KELLERSPORTS

Cushioning. Responsiveness. Lightness. Durability. The winning quartet of every runner. Soft materials are needed for cushioning. Energy recovery, on the other hand, is provided by harder technologies. Low weight and durability also seem to be mutually exclusive at first. Hardly resolvable contradictions - but Nike manages this to perfection in its premium running shoe Vomero, including the revolutionary React technology. This is the result of endless tests and experiments. The researchers tried out over 400 different scientific processes and chemical compositions until the optimal foam was finally found.

Tests followed, endless tests. Vast amounts of athlete data were analysed. In addition, React completed 2,000 hours on the street and basketball court before it went on sale. A lot of effort, a lot of return. For example, React technology delivers around 13 per cent more energy recovery than Nike's already incredibly efficient Lunarlon technology. In addition, the React foam is durable and precisely tailored to runners. Zoom plus React, effective, comfortable materials, a shoe for the long run. The basis for intensive runs is thus laid - also in our Nike Vomero Shop.

THE NIKE VOMERO - AT HOME ANYWHERE AND INSPIRED BY THE FASTEST

From the street to the forest trail. For a quick run after work or an extended run at the weekend. In the Nike Vomero Sale at Keller Sports you'll find the right companion for every running occasion. The React in particular is also suitable for longer runs on the road thanks to its excellent cushioning properties - which means the Nike Vomero fits seamlessly into Nike's exclusive range of runners. Because this supports some of the fastest runners on the planet on their paths to peak performance. Even the fastest is there: when Eliud Kipchoge became the first person ever to run a marathon in under two hours, he did so with the active support of his Nike sneakers.

Innovative cushioning plays a decisive role in Nike's corporate DNA. Air cushioning became the legendary Air Max technology in the late 1980s, and later became Zoom Air. Nike researched for over a decade until it finally found a damping formula that was close to perfection. This in turn is based on a pair of opposites that are theoretically difficult to bring together. Close contact with the ground here, intensely perceptible, responsive cushioning there. Zoom Air brings both together. Stretchable fibres are responsible for this, contracting when you step on them, absorbing the shock and then expanding again shortly afterwards, allowing you to take an explosive step. The fibres are incorporated into a pressurised Nike Air unit. The Vomero offers a comfortable yet agile running experience.