Menu Search
The voucher code has been copied to the clipboard.
784

For Patagonia, silence is inseparably linked with happiness. You climb up a barren rock, paddle over glassy water or walk along an abandoned path through the forest. There's no motor to drive you, no applause. Patagonia helps you discover nature - and connect with it in such a way that you create moments you won't forget. 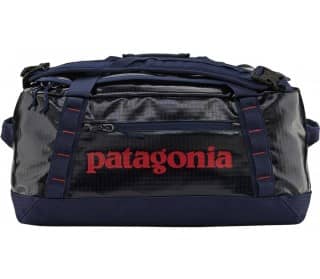 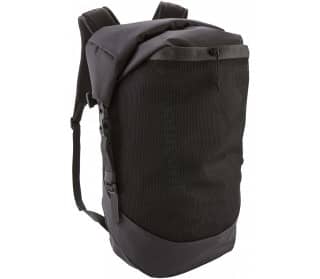 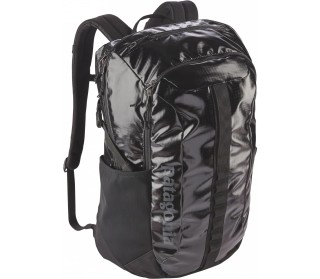 FROM ROCK TO COMPANY - PATAGONIA

Sometimes, so that he could practice climbing, Yvon Chouinard hoisted on freight trains. Secretly, as a stowaway. With his friends he wanted out of town, to the western end of the San Fernando Valley or to the sandstone rocks of Stony Point, California. That was in the fifties.

On one of his climbing tours, he met John Salathé, a Swiss climber and monk brother who forged his own climbing hooks from the remains of an automobile. Chouinard was impressed by him. His climbing hooks were more stable than anything he had seen before. Chouinard bought himself a used forging furnace at a scrap yard, which he had to fire with coal, an anvil, some pliers and a hammer - and taught himself how to forge. He could forge two hooks per hour. He sold them for $1.50 a piece.

Step by step he created climbing hooks for himself and other climbing enthusiasts. The demand was so great that he specialized in climbing hardware in later years. In the 60's the company Patagonia also started to specialize in clothes for climbers.

Yvon Chouinard traveled around the world. He discovered T-shirts in Scotland with a collar that could prevent the material loop from cutting into the neck while climbing. He developed climbing hooks that no longer had to be beaten in the rocks and thus attacked nature - but which could be removed again.

Own clothing, own climbing systems: In 1973 Chouinard chose the company name Patagonia, after the wild part of South America. It was far away, interesting, mysterious and unknown. According to the first catalogue, Patagonia aroused thoughts of "romantic images of glaciers falling into fjords, rugged, wind-whipped peaks, gauchos and condors". The brand logo of Patagonia shows the outline of Mount Fitz Roy (altitude: 3.405m) in Patagonia, South America, which separates Chile from Argentina and is located in the second largest glacier area on earth.

With the slogan "Don't buy this jacket", Patagonia provided a sensational campaign on Black Friday of all days in 2011 nationwide in the USA. The outdoor brand asked its customers to recycle or repair clothing better than simply throw it away. Thanks to the "Patagonia Returns and Repairs" service, customers can return defective clothing and items to selected shops for free repair. Despite or precisely because of this anti-growth strategy, Patagonia managed to triple sales from 2008 to 2015. More than 80 well-known athletes and extreme sportsmen are "ambassadors" for Patagonia, among them Steve House, Lynn Hill, Caroline Gleich or Tommy Caldwell, but also German young talents like Alexander Megos.

PATAGONIA PRODUCTS: INNOVATIONS ON ALL LEVELS

Patagonia has set itself a mission: "Make the best product, do no unnecessary harm, use the company to inspire others and implement solutions to overcome the environmental crisis." What was valid at the beginning of Patagonia is still the guiding principle today: high-quality products, which impress equally with simplicity and functionality. Since 1996 only organic cotton has been used for the production of sportswear. After more than thirty years, the company is still looking for environmentally friendly materials, such as hemp. Technologies are constantly being further developed in order to provide athletes with the highest quality. Today the product range of Patagonia is not only sportswear, but they also produce for example jackets for non-athletes.

The clothes, whether functional underwear or softshell jacket; they protect you from rain and wind. And they do something for the environment. Patagonia helps you to experience unforgettable moments in nature: No matter if mountainbiking, surfing, skiing, snowboarding, fly fishing or tailrunning. Because, as Yvon Chouinard said in his biography, "most of the damage we cause to the planet is the result of our own ignorance".

At Keller Sports you will find a large selection of Patagonia Outdoor and Wintersport products. Especially popular are our hats, fleece, down, softshell and hard shell jackets. Patagonia clothing keeps warm, protects against cold, wind and weather through modern materials such as Pertex or GORE-TEX membrane and protects the environment through a sustainable business ethic.