"My father was both a craftsman and a speleologist. He loved to develop things and then improve them. The enthusiasm for discovering new things has accompanied me since my childhood," said Paul Petzl once, bringing the work of his father Fernand Petzl to the point. Not only was Fernand a pioneer in cave exploration, he also used his extensive knowledge to create innovative products. Products such as high-quality headlamps that reliably accompany adventurers around the world and literally bring "light into the darkness".

"My father was both a craftsman and a speleologist. He loved to develop things and then improve them. The enthusias 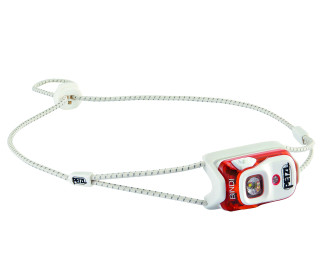 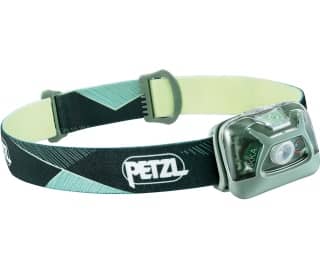 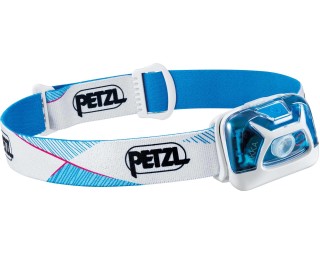 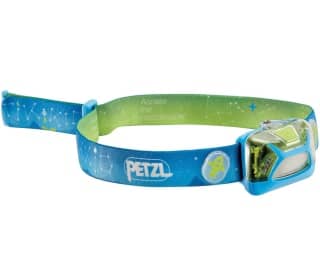 Saint-Ismier, a picturesque village near Grenoble. Here, at the foot of the French Alps, lived the young Fernand Petzl. The mountains had always been his passion. Especially the Dent de Crolles, which was virtually on the doorstep and has one of the most complex and extensive cave systems in Europe. A realization that we also owe to Petzl's irrepressible spirit of discovery. As early as 1933, at the age of just 20, he ventured into the Trou de glaz cave for the first time. Along with the well-known speleologist Pierre Chevalier, Petzl ventured deeper and deeper into the caves of Dent de Crolles, setting new standards with his daring.

He even set a new world record in 1956 with his exploration of the 1,122 metre deep Gouffre-Berger Cave. Never before had a human penetrated deeper than 1,000 metres into a cave. Of course, the passion also brought dangers with it, there were no manufacturers of security systems at that time. So Petzl himself became the inventor and initially dedicated himself to the manufacture of ropes for his own use - and could rely on his first Petzl products. In the mid-1960s, he finally started selling rope clamps and abseiling equipment under the name Fernand Petzl. Shortly afterwards, he launched the first headlamp for mountaineers and founded the company Petzl in Crolles in 1975.

PETZL BRINGS LIGHT INTO THE DARKNESS

Of course, Petzl himself knew best about the risk of climbing in dark caves. For years, the speleologist fought against the adversities before he was literally enlightened: a headlamp that made life in vertical terrain easier for mountaineers and climbers. In 2000 Petzl launched the TIKKA and thus the first headlamp with LED technology on the market.

But it was not only in this area that the company researched high-quality solutions; belts and other safety devices were also part of the French product range from then on. In 1991 Petzl developed the GRIGI, the first safety system with blocking support, and shortly before the turn of the millennium the ultra-compact TIBLOC rope clamp went on sale. In 2006, New York Firefighters were equipped with an innovative rescue system by the company New York, which now operates worldwide.

HEADLAMPS IN THE PETZL SHOP AT KELLER SPORTS

In the Petzl Store at Keller Sports you'll find a wide selection of headlamps for camping, climbing and mountaineering. With the Swift RL, for example, Keller Sports has the most powerful headlamp from Petzl. The model weighs only 105 grams, but has a power of 700 lumens. The Swift RL is equipped with Reactive Lightning technology - a sensor measures the surrounding brightness and automatically adjusts the luminosity according to the user's requirements. With the charge level indicator, you'll always know how long your headlamp will last.

TIKKA, the company's long seller, is also available in the Petzl Shop at Keller Sports. The headlamp shines above all with its particularly wide beam and unbeatable price - and not only in the Petzl Sale. It is the perfect companion for camping and hiking. Do you like classic design or do you prefer bold colours? As Petzl dealer we offer you the headlamps of the brand in several different designs. But there is one thing that all Petzl headlamps have in common: outstanding quality.

PETZL ARTICLE - SUSTAINABILITY AND MADE IN FRANCE

Sustainability is particularly important to Petzl. "We produce the majority of our products in our own plants in France. Our entire production and procurement is subject to strict quality controls," explained Germany manager Christoph Driever. When it comes to materials, Petzl focuses above all on durability, living the motto that a durable product is always also a sustainable one. "Our hardware products have an unlimited lifetime, provided they pass regular testing." Petzl has its own testing laboratories in Crolles and, according to its own information, tests its products more frequently than the prescribed standard prescribes.

PETZL PRODUCTS: HEADLAMPS FOR ALL SITUATIONS IN LIFE

Of course, Petzl's headlamps are aimed primarily at adventurers and outdoor athletes. Petzl PArtikel are the perfect companion for climbing mountains, even in adverse visibility conditions. Depending on the model, you can see up to over 100 metres on your tours, and the life of Petzl headlamps is at least 220 and up to 260 hours. But not only during your sporting activities can you rely on Petzl's headlamps - they are also a helpful companion for handicraft work or camping in nature.