The Swedish company POC produces ski and cycling equipment that can save lives and minimise the risk of sports injuries. You'll find goggles, helmets and protectors in our online shop. There is also a large selection of backpacks and other accessories as well as socks, beanies and other items of clothing at Keller Sports. 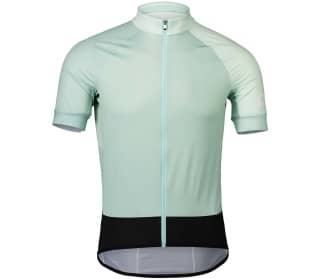 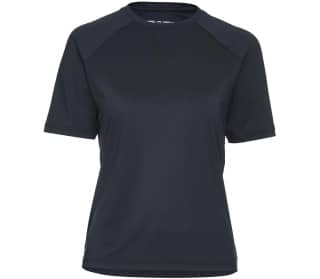 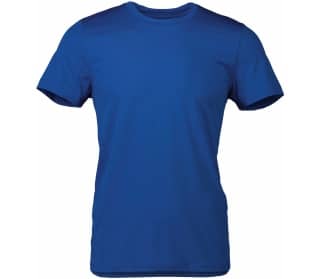 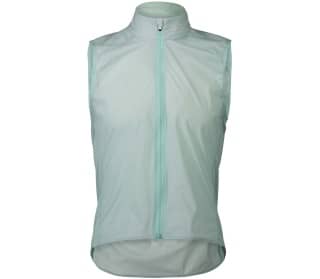 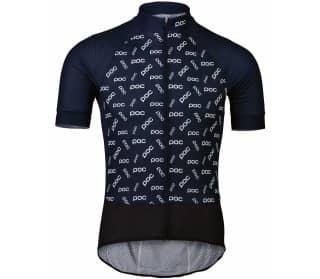 A FEELING FOR SAFETY

Stefan Ytterborn knew what his two boys couldn't know yet. As he watched them from the lift on the piste, he clearly saw his mission ahead of him. As a former top skier, Ytterborn guessed how the carving skis that were just snatching the market would revolutionize the ski sports. More speed, more dangers, more need for safety. Not only his sons but all skiers needed a company that was actively striving for more safety on the slopes.

With POC they received this in 2005. Already at the following ISPO the Swedish company presented its mission and the first products. The ideas for reducing the forces that can act on the brain and the body in an accident were particularly inspiring. The attention of the scene was thus assured to POC and a little later finally reached the consciousness of the skiing world. During the 2006 Olympic Games, Julia Mancuso won the gold medal in the giant slalom. Three letters were emblazoned on her helmet and glasses: P. O. C.

FROM THE SKIPISTE TO THE ROAD - FOR THE SAKE OF SAFETY

Three letters, one mantra: "POC is a Swedish company with an important mission: to do our best to save lives and reduce the effects of accidents to gravity sports athletes and cyclists." This sentence is written in big letters on the wall of the company headquarters in Stockholm - and is more than just employee motivation. From the ski slope, POC - the abbreviation stands for "Piece of Cake" by the way - brought his expertise to the streets. From skiing and snowboarding he went in the direction of mountain biking and road cycling.

The goal always remained the same. Security and performance, but not without forgetting the necessary style. With these aspects in mind, POC designs its products and works with absolute experts to achieve this. A partnership with Volvo, for example, should bring new ideas in terms of safety and design. Through its AVIP campaign (Attention, Visibility, Interaction and Protection), the brand also aims to increase the safety of road cyclists. In addition, POC relies on the knowledge and experience of specialists from sports and various fields of science and medicine. Performance meets Safety. This is POC.

When you set off towards the mountains, into nature, swinging on your bike to make kilometers, safety should play a central, but at the same time subordinate role. It should be given at all times, but not create too much worries in your head. Therefore, the products of POC use minimalist Scandinavian designs on the one hand, and genuine technical innovations on the other. The SPIN pads in the helmet reduce the energy effect on the brain in the event of a fall, while the Carl Zeiss Clarity lenses in the ski and snowboard goggles guarantee the best visibility thanks to high contrasts.

The lightweight, ventilated Protector vests are again based on the motorcycle standard. Highest safety and comfort, which you also get at Keller Sport. In our shop you will find helmets, glasses and protectors from POC. We also offer the light and stylish functional wear of the Swedish brand. Other sports equipment such as cycling jerseys, cycling shorts, arm & leg warmers, knee & elbow protectors as well as a selection of beanies, mats and cycling socks from POC at Keller Sports complete your outfit.

THE SAFEST FOR THE BEST

A slight tendency to madness is of course part of it, if you are professionally descending icy slopes at over 100 km/h; if the bike accelerates to 70 km/h on open roads; snowy, rocky hills serve as appetizers instead of warnings. However, safety does not play a subordinate role for a long time. On the contrary. POC also knows this and therefore communicates intensively with X-Games athletes, Olympians and cyclists. Snowboarder Jeremy Jones is as much a part of the team as skier Julia Mancuso, cyclist Gustav Larsson or BMX athlete Daniel Dhers. A give and take. POC gives safety and takes the input from its athletes. So the brand always adapts your products to the requirements of the most extreme conditions. Best conditions. Also for you!

FROM LABORATORY TO ROAD AND PISTE

The Swedish company has opted for a scientific approach as well as a sporting one for its innovations. In the POC LAB, sports experts work with traffic and brain specialists to develop even safer solutions for slopes and road cycling. In this way, POC actually illuminates safety in sport from all perspectives. And since the limits can be reached even more intensively, the POC WATTS project is dedicated to performance and the best aerodynamics. This is how you tickle out the last tenths on your bike or ski slope.