The sock as a technically highly talented fashion companion for the street, the run, or for the day in the mountains on skis or the board. The idea was far away for a long time, but thanks to Stance it has now been given stylistically confident traits. The brand creates socks with unique designs, reinforcing them in the right places for the sport. She developed yarns that keep your feet drier and counteract odours. Always unusual. Always unique. Always stylish. 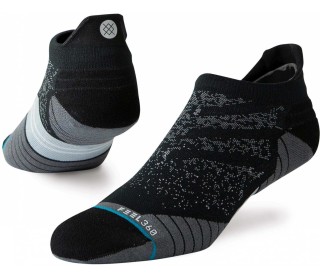 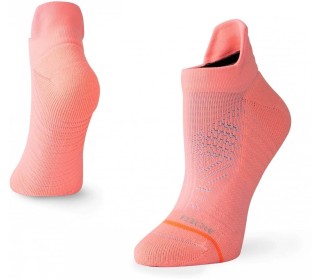 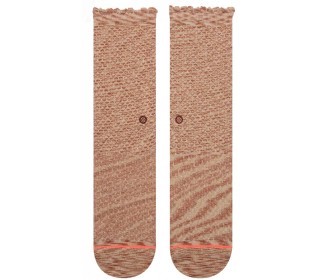 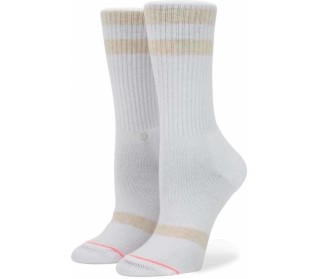 A thought game revolving only around socks did not trigger any major resting pulse movements for Jeff Kearl either. He didn't even have it in mind when he headed for Target, one of those big American all-rounders. Yet he was up to something. Jeff Kearl's goal: to find an everyday product that he could develop so well that it would burst from the everyday object of use into the middle of an increasingly stylistically confident overall consciousness. Sunscreen. Glasses. Jewellery. Kearl didn't have a firm idea - until he passed through Target's sock department. Lots of black, some brown and blue, yawning boredom. Kearl almost killed the monotony and reminded him of his own professional roots. He had spent years at Skullcandy, the brand that had freed headphones from the previously widespread uniform design.

And suddenly, socks triggered pulse beats. So Jeff Kearl talked to his friend John Wilson, but he needed some persuasion. Wilson first believed in a joke, but quickly realized that his friend was serious. Very serious. He jumped at Kearl's idea and the winning track was finally laid out. Just a few years after the two had founded their own sock brand together with Ryan Kingman, Aaron Henning and Taylor Shupe, Stance had achieved exactly what Kearl had once dreamed of: to develop a product that everyone needs, that everyone already has many times, but that many now only want from Stance.

CELEBRATING THE UNUSUAL AND UNIQUE

Stance's idea works. The mantra of the fire speaks of the "uncommon thread". Stance articles want to stand out from the crowd, make socks the most exciting accessory and at the same time a faithful sports companion. That's exactly what we're going to do in less than five years. It exists to "celebrate the uniqueness of man," says the brand of itself - and keeps its word. Stance products are made to show out under the pants.

Colourful designs meet Star Wars, NBA and music legends collections, as well as eye-catching yet harmonious colour combinations. Creativity always takes centre stage. Stance socks are designed to bridge the gap between art and technology, to give you the best possible material and an unmistakable look. The fire develops its own fabrics, constantly refines new technology and even employs its own scientists. Stance articles should accompany you everywhere for as long and as comfortably as possible.

PREMIUM SOCKS IN THE STANCE SHOP AT KELLER SPORTS

The basis is the well-known, also for us as a Stance dealer. Socks, sometimes knee length, sometimes up to the ankle, sometimes disappearing in the shoe. In the Stance Sale you get well-known basic ingredients and yet a unique mixture. High-quality yarns ensure a pleasant wearing comfort, meaningfully set reinforcements for relief during sport. That's where Stance has its roots. The Brand accompanies the skateboard with its socks as well as the skis or the snowboard, supports the run as well as your movements on the basketball court. And yet the socks always go down as a fashion accessory for the street. Stance online is available at Keller Sports. Colourful designs. High, flat or sneaker socks. For women and men. All this is available at the Keller Sports Stance Store.

IN A TEAM WITH PUNKS AND POETS

Sports and Pop Culture. What is more and more often melting together in society as a whole, with the help of the brand you can also bring it together finally at the Stance dealer. The brand and its products already appeared as official on-court socks for the NBA and also launched a collection together with Rhianna. It equips skate and surf professionals, runners and top athletes, musicians and artists. punks

DRYER FEET THANKS TO STANCE SOCKS

Employing your own scientists pays off. Especially when they deal with innovative solutions for everyday sporting challenges. Stance articles, for example, only possess 360-feel technology thanks to intensive research by Brand. Not only is it more durable than the usual sock fabric, it also counteracts almost all bacteria that can develop odours when skiing or running. They also remove moisture from your feet 20 percent faster than other socks. A blessing, especially on warmer days.