Menu Search
The voucher code has been copied to the clipboard.
1494

The name Tecnica is of great importance to all those who want to make the slopes of the world unsafe. The Italian company is one of the largest producers of ski boots and freeride boots. Anatomical fits, the best materials and comfortable inner shoes make Tecnica ski boots for women and men high-performance alpine shoes. In our online shop you will find a large selection of innovative ski boots as racing shoes, touring ski boots or freeride boots from Tecnica. 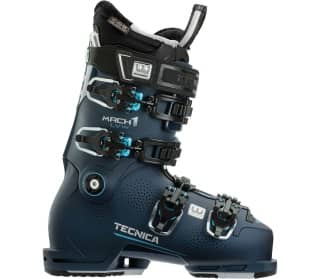 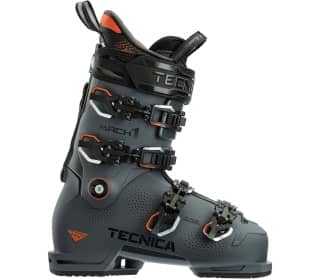 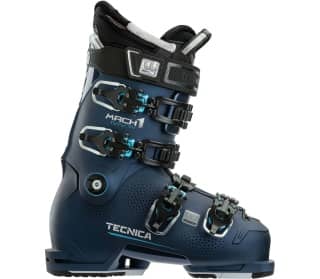 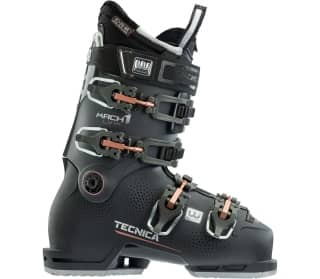 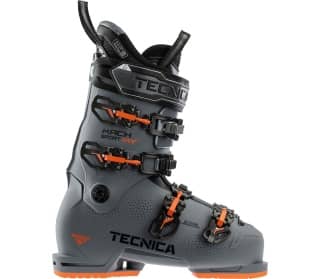 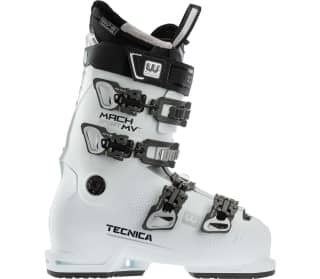 TECNICA: INSPIRED BY THE MOON LANDING

A small personal step, a large human step. When he set foot on the moon on 21 July 1969 as the first man ever, Neil Armstrong knew very well about the meaning of his little walk - and somehow he did not. The astronaut certainly did not think of a company founded in Italy in 1960 at this moment. No faux pas, the priorities were different. But this company, which until then had mainly manufactured work shoes for miners in the Dolomites, took a closer look. The space boots of the Apollo 11 crew had done it to the Italians.

In 1970 they finally presented one of the most famous winter shoes in history: the Moon Boot entered the winter stage and shaped the future of an entire brand at the same time. Tecnica had the attention of the sports world, took advantage of the momentum and only a few years later presented the Tecnus ski boot. Instead of après-ski and strolling, the fire had steep slopes in mind. Only the revolutionary idea remained. The new ski boot was double foamed. It was also made of plastic. A completely new combination that finally marked the successful path into the future. Over the following decades, what Oreste Zanatta had originally started as a small shoemaker's shop in 1930 developed into one of the leading companies for high-tech ski boots.

TECNICA PRODUCTS HAVE TO ADAPT - NOT THE HUMAN BEING

Outdoor and hiking shoes have also long been part of Tecnica's product range. But the basis is and remains the high-quality ski boots - and for them the brand pursues a very clear philosophy: It is not the person who has to adapt to the shoe. Order of any Tecnica product is to adapt to its wearer. With this mantra in mind, Brand also developed its unique Custom Adaptive Shape method. Based on an anatomical shape, it allows the ski boot to be individually adapted to any foot shape.

Pressing or cold penetrating through small cracks thus remains nothing more than the place in the ancestral gallery of unpleasant memories. Tecnica articles are designed to improve your performance while offering you the highest level of comfort. Word gets around. The brand has long been selling its innovative ski boots worldwide. It has long been one of the most renowned shoe manufacturers on the planet, but cannot be uprooted. The Zanatta family is still in charge, now in the third generation. The head office is also still located in Italy. Where winter boat history once originated, it is now being continued.

The ski boot as a high-tech companion, not as a pressing, yet necessary evil. Tecnica succeeds in the change easily, which is why we as Tecnica dealers also offer Tecnica ski boots online. Driven by a drive for innovation that is difficult to maintain, the brand continues to introduce new technologies that adapt the ski boot even better to your foot, giving you even more comfort and performance at the same time. Thanks to HotForm, for example, the inner shoe reacts to heat and adapts individually to your foot shape. At the same time, Tecnica's innovative Rapid Access opening mode allows you to get in and out easily.

With the Cochise, Tecnica also succeeded in designing the first (freeride) ski boot with a walking function, which at the same time does not sacrifice any downhill performance. Innovation for the piste, the freeride, the ski tour, your winter sports - you can get all this in the Tecnica Shop from Keller Sports. Here you will find all the innovative ski boots, models like the Cochise, the legendary high-performance ski boot Mach1 or the Zero G - both for women and men and in the Tecnica Sale at particularly attractive prices.

In racing Tecnica sees a not insignificant part of its purpose. The aim of the brand is to equip athletes so that they can enjoy every single second of their pursuit of time; that the conditions for top performance are created. And it succeeds. Mario Matt, for example, won the gold medal in special slalom at the 2014 Olympic Games in Sochi in Tecnica-Boots. Today, alpine World Cup athletes like David Ketterer and Bernhard Graf trust the Italian shoe manufacturer. A not insignificant, yet only a part.

Because Tecnica products also unfold their complete talent in freeriding and touring. Top athletes like the former Freeride World Champions Elyse Saugstad or the Champion of the Freeskiing World Tour 2015, Connery Lundin, are part of the team of the Italian Brand. Input. Requirements. Extreme conditions. All this flows into Tecnica's production and wealth of experience - which also benefits you. So you can get ski boots from the Tecnica dealer that also meet the expectations of the best.

Direct experience beats the theoretical idea. By far. That's why Tecnica leaves the development of its women's ski boots neither to chance nor to men, but exclusively to female designers. They know best what women expect from ski boots and what anatomical features they really have to take into account. Tecnica therefore constructs its women's boots even warmer, sometimes lining them with merino wool and insulating the outer shells even more effectively. In order to ensure that all this really works in the end, the company tests the new products extensively in the snow before they reach the Tecnica Sale.