Menu Search
The voucher code has been copied to the clipboard.
1546

X-Bionic, specialist for highly functional sportswear, supplies successful professionals as well as ambitious amateur and hobby athletes with innovative sportswear and performance clothing at the highest level. Nature is always the model for the technically mature X-Bionic products. They can be used in virtually all sports that can only be imagined. Right from the start, the focus was on enabling athletes to achieve their optimum performance with the help of scientific findings. And X-Bionic has succeeded in doing so to this day - almost 800 registered patents speak for themselves. 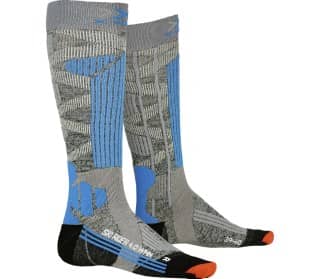 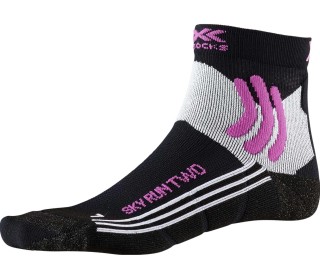 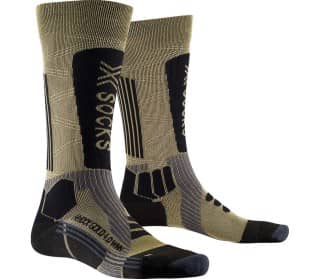 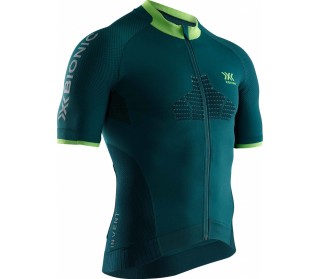 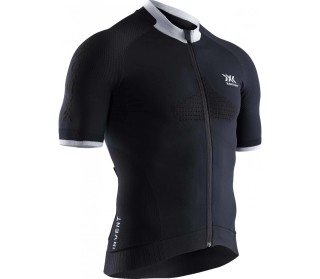 X-BIONIC: IN THE BEGINNING WAS THE SOCK

It all began in 1996, when Bodo Lambertz met Marco Redini, the managing director of a small Italian sock manufacturer. Redini complains about his suffering over dumping prices of the competition and asks Lambertz for help. Lambertz, acting as a consultant under his sign, finally agrees to support Redini as well. However, not with a "mere" advertising campaign. Instead he founded the company X-Technology Swiss Research in 1997.

By founding the brands X-Socks and X-Bionic, the range becomes more extensive and the products more and more innovative. In addition to socks, functional clothing for other body parts is added - tights, base layers, T-shirts, compression clothing. X-Bionic's product range now comprises around 300 products. The focus is always on moisture and temperature management, which should enable athletes to increase their performance.

Innovation, research and development have played the first violin in the Swiss company right from the start. X-Bionic has already invested around 40 million euros in its corporate history to make new technologies ready for the market. 788 patents worldwide are on the credit side. "From a technological point of view, our brand is more at home in the aviation industry than in the world of sportswear," X-Bionic describes himself aptly. Nature and bionics, which transfer phenomena of nature into technology, are always the source of ideas for new developments. This increasingly popular approach often results in an unconventional implementation. For example the 3D-Bionic Sphere System, the main technology of X-Bionic. It is designed to keep the athlete's body temperature at 37 degrees Celsius at all times and thus as high as possible.

The trick behind it: During stress and sweating, only as much sweat as necessary is released to the outside so that a cooling film of moisture always remains on the skin. A completely dry skin should be explicitly avoided under stress. During rest periods, however, the cooling function is interrupted and special air chambers in the tissue provide an insulating effect. These and other sophisticated technologies have established X-Bionic over the years at the forefront of the sporting goods industry, even though founder Bodo Lambertz is now only active as a consultant in the company. At the beginning of 2019 it became known that he had sold his company and was turning to new projects.

X-Bionic has set itself the goal of optimizing the performance of athletes - and is not limited to one sport. In the X-Bionic Shop at Keller Sports you will find versatile and high quality functional underwear and sportswear for running, biking and tennis as well as for winter sports and outdoor. In detail, these are sports socks, tights, baselayers, ski underwear and also jackets that you can find in the X-Bionic Sale. The locations for X-Bionic products? Slope, trails, asphalt, hall - and everywhere else where you can do sports.

X-BIONIC ONLINE: MADE IN EUROPE

X-Bionic has always stood for best quality and enormous innovation. In order to be able to guarantee these consistently, the company relies on short production routes. This is a decisive advantage, especially in product development, according to the company. It is only logical that the entire X-Bionic collection is developed and manufactured in Europe. And the company is now going even further to raise the performance limits of athletes: in 2018, the X-Bionic Future Factory in Northern Italy started its work. As part of the X-Bionic Individual programme, individually adapted and tailor-made functional clothing for professionals and, of course, ambitious hobby athletes is produced here. It goes without saying that the findings gathered from this individual programme will also be incorporated into the development of new products.

Since the foundation of the company, professionals from various disciplines have relied on the engineering skills of the Swiss company. Among others, the Swiss national ski team will be there. But also the former Ironman European champion Timo Bracht - who is still directly involved in product development and played a decisive role in the development of X-Bionic Individual. Professionals and ambitious hobby athletes can now have their individualized sportswear completely tailored to them at the Swiss functional clothing manufacturer in order to get even more out of them. In cooperation with the luxury sports car manufacturer Lamborghini and the cult motorcycle brand Harley Davidson, X-Bionic also sells functional collections that make motorsport hearts beat faster.