ADIDAS ULTRABOOST PARLEY - THE SYMBOL OF A WHOLE MOVEMENT 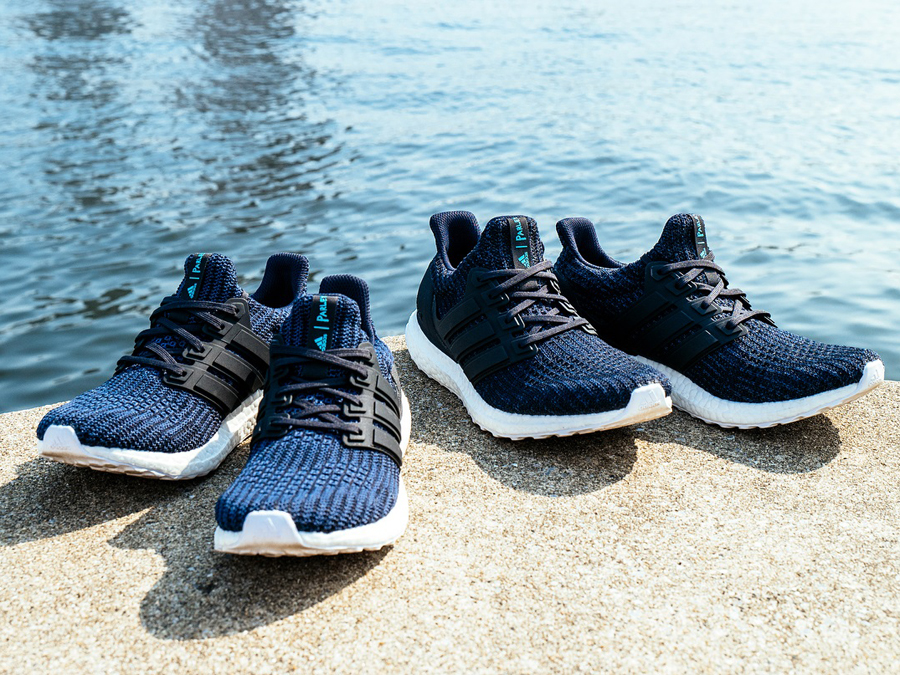 We recently told you that the new collection resulting from collaboration between adidas and Parley for the Oceans would arrive in our selection soon. Well, we now have the products in stock and want to tell you what makes this year’s collection special. https://www.facebook.com/kellersports.de/videos/1847638591942171/ The thought of being able to wear a beautiful pair of trainers while also doing the environment a favour is just amazing, don’t you think? But let’s start at the beginning: What’s Parley for the Oceans all about? How do you make premium running shoes from plastic waste? Read on, the answers are coming. 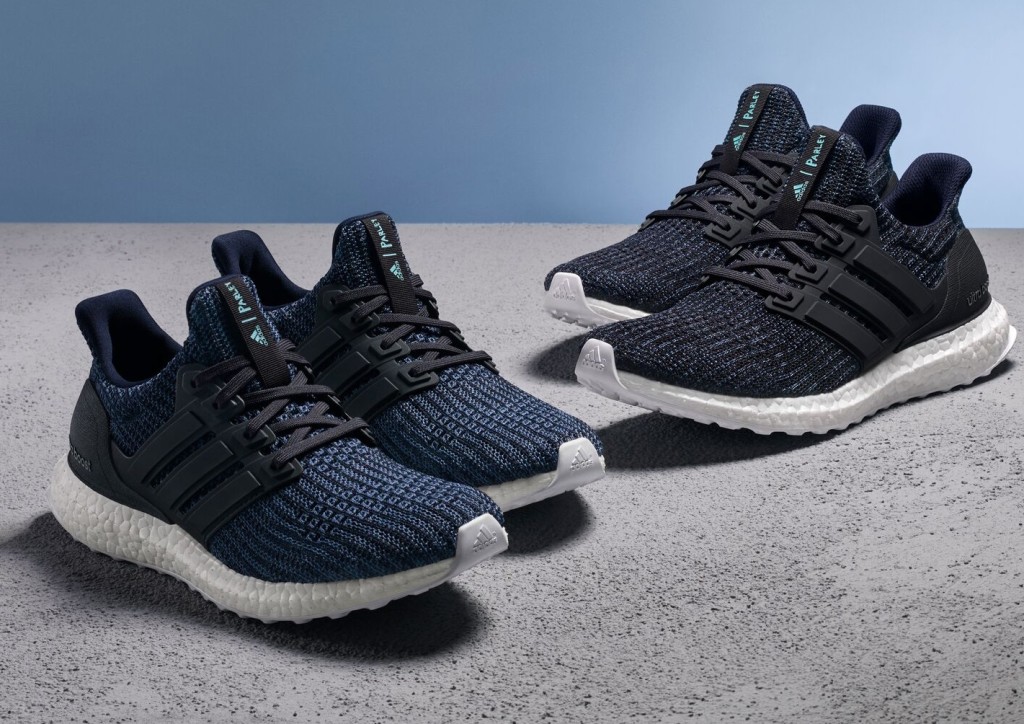 Parley for the Oceans

The environmental organisation Parley for the Oceans was created to protect the world’s oceans. Their biggest threat at the moment is the sheer amount of plastic waste that makes its way into the water. Although plastic may be very practical for our day-to-day lives, it’s also a major threat to the environment. The main reason for this problem is that plastic (and, by default, plastic waste) takes a long time to break down. One plastic bottle, for example, takes around 450 years to decompose completely. Due to the movements caused by ocean currents, all of this plastic waste has ended up collecting over time and creating enormous islands of plastic. This isn’t just a threat to marine life but also to the humans who consume it by eating seafood. Parley for the Oceans has a mission to raise awareness of this issue so that we minimise the use of plastic in our everyday lives. 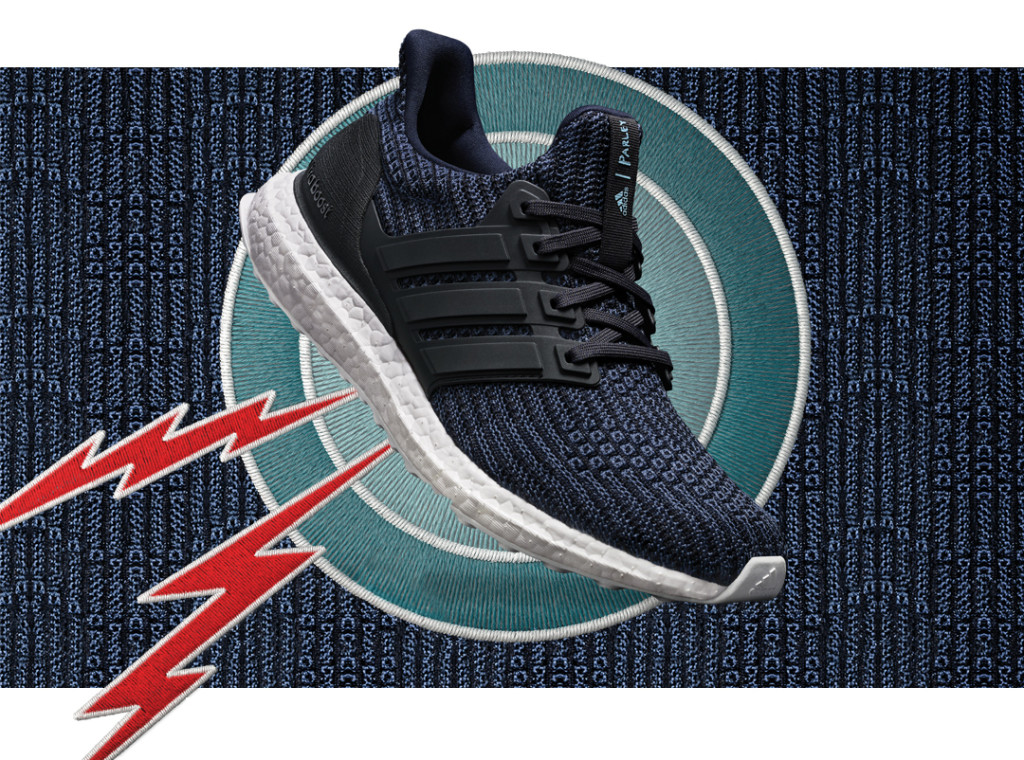 adidas x Parley for the Oceans

You might be wondering how adidas fits in with all this. Well, the brand with the three stripes has been actively involved in environmental protection for many years now. The label’s main area of contribution has been in the fight against plastic pollution. One of its big campaigns consists in eliminating as many non-recyclable materials from the production chain as possible. And, on World Oceans Day 2016, adidas also launched the first shoe ever to be made partly with recycled plastic waste from the ocean. The adidas x Parley for the Oceans cooperation wasn’t just successful in itself but also marked the beginning of a whole new environmental movement. Since then, there have been not only shoes but also clothes made from ocean plastic. For 2018, adidas has launched a brand new adidas x Parley collection too - the main piece being the new adidas Ultra BOOST Parley shoe. 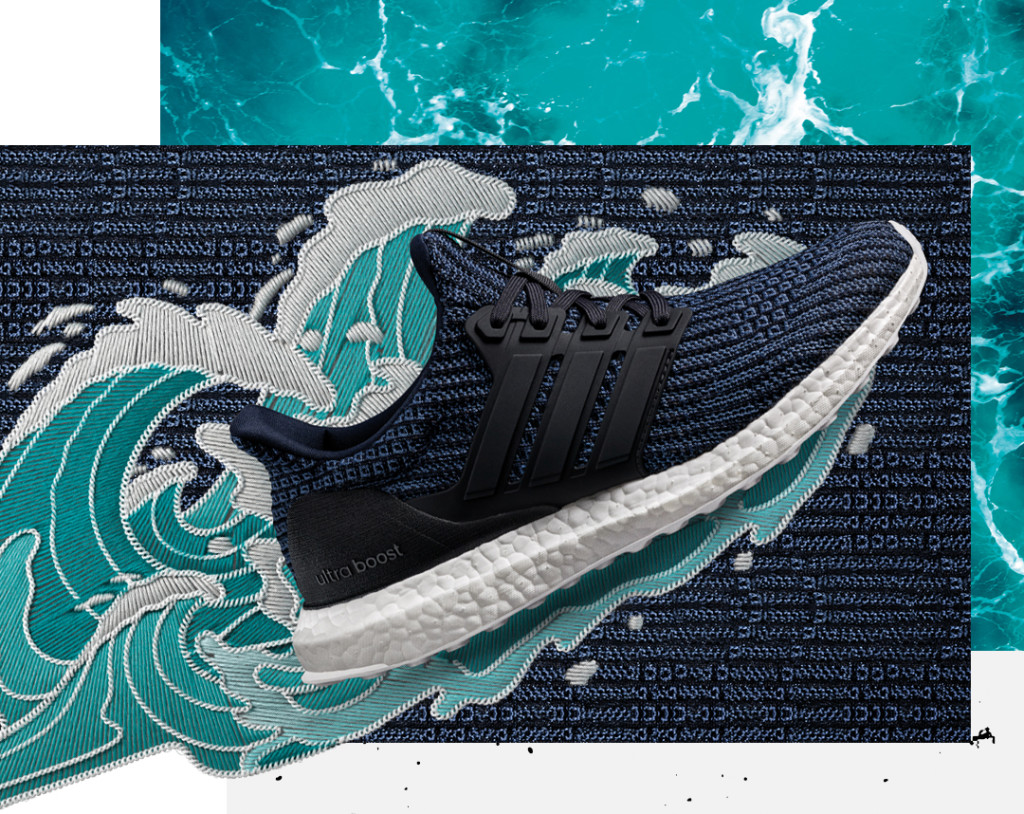 “The new UltraBOOST silhouette represents another milestone in our partnership with Parley for the Oceans”, says Matthias Amm, Product Category Director at adidas Running, when asked about the Deep Ocean Blue design. Every pair of adidas UltraBOOST Parley 2018 running shoes is made of eleven plastic bottles collected from the sea. The plastic waste is processed into yarn, which is then turned into a Primeknit upper. Up to 95% of the finalised upper is made of plastic waste that hasn’t made it into the world’s oceans. Apart from doing the environment some good, the result of this process is also a great premium running shoe designed to double up as a trainer. The shade of the adidas UltraBOOST Parley 2018 is very aptly called "Deep Ocean Blue", in honour of the Mariana Trench, the deepest part of the world's oceans - a place where plastic waste has also been found.

Other adidas x Parley shoes in 2018

This year, a few additional UltraBOOST models have been launched alongside the adidas UltraBOOST Parley 2018; these are the UltraBOOST Uncaged Parley, the UltraBOOST Laceless Parley, the UltraBOOST X Parley and the UltraBOOST ST Parley. All adidas x Parley shoes come in varying shades of blue to reflect the connection with the oceans. Apart from the cool look and positive environmental effects, the adidas x Parley models are simply excellent running shoes. The Boost sole is as reactive as ever. The upper, made of processed recycled plastic delivers all of the performance features and functions you could ever wish for during a run. These shoes really are in keeping with what adidas stands for: absolute performance in a brilliant look. Whether you buy these shoes for running in or for your lifestyle is entirely your choice - but rest assured that these versatile shoes will impress on every occasion. 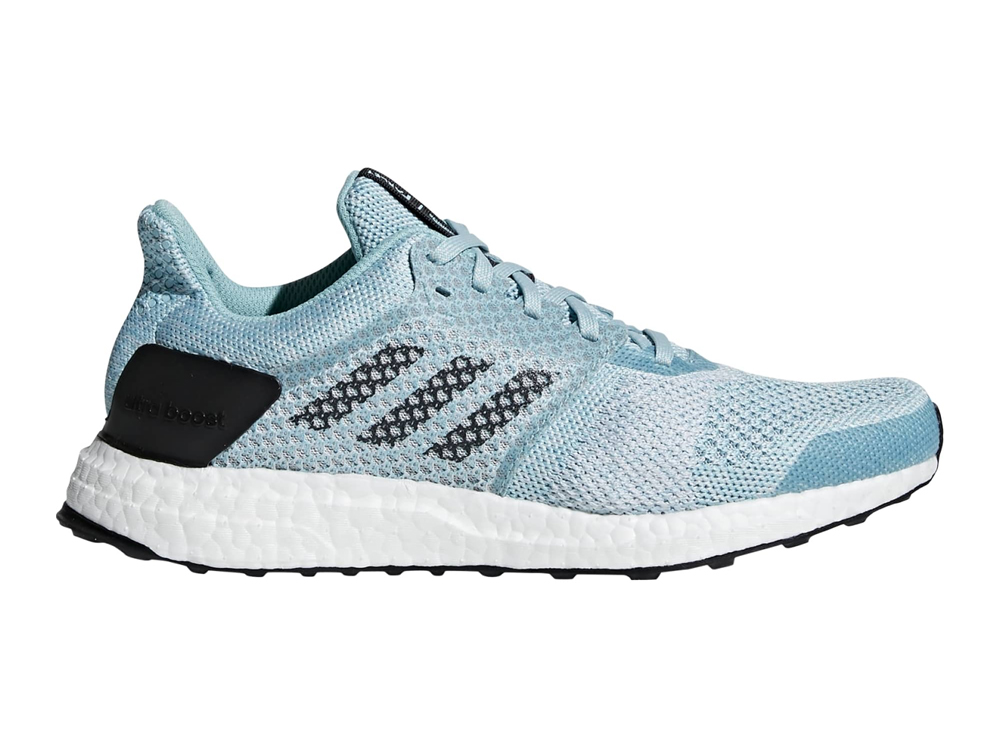 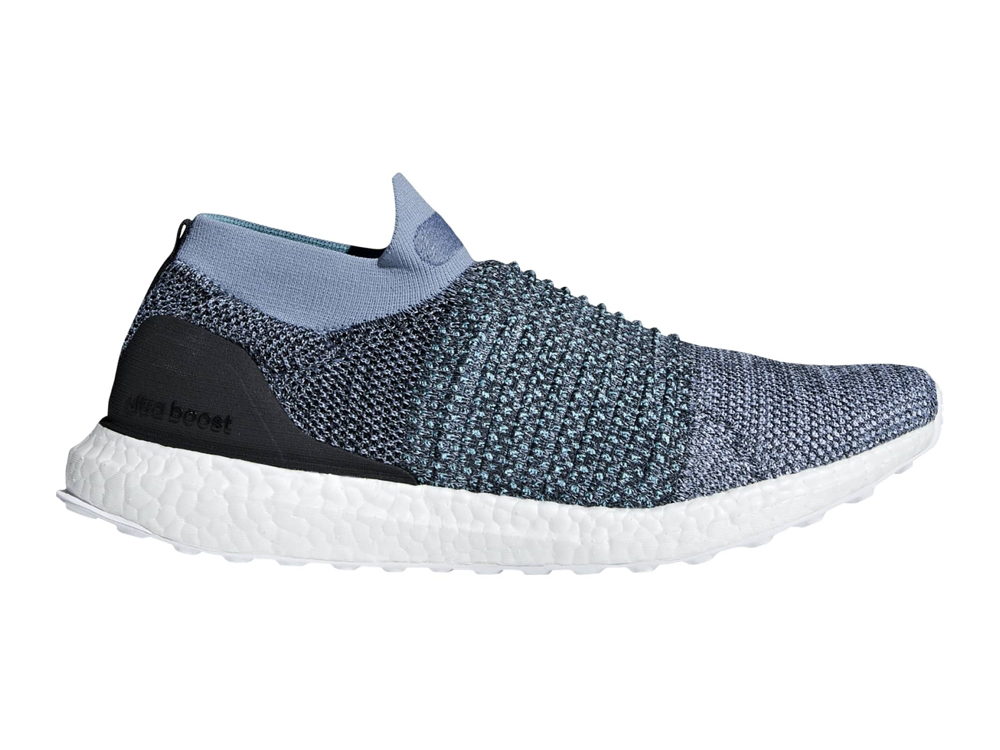 As mentioned above, this year’s adidas x Parley collection is special: it’s the first time that Parley clothing is offered to the public. In the past, there have been some Parley cooperation football tops and swimming outfits on the market, but these were hard to come by for everyday consumers. This year we present the Parley Outfits. adidas has taken the much-loved Z.N.E. collection and redesigned it using yarn made from recycled plastic. The result? The adidas Z.N.E. Parley range. 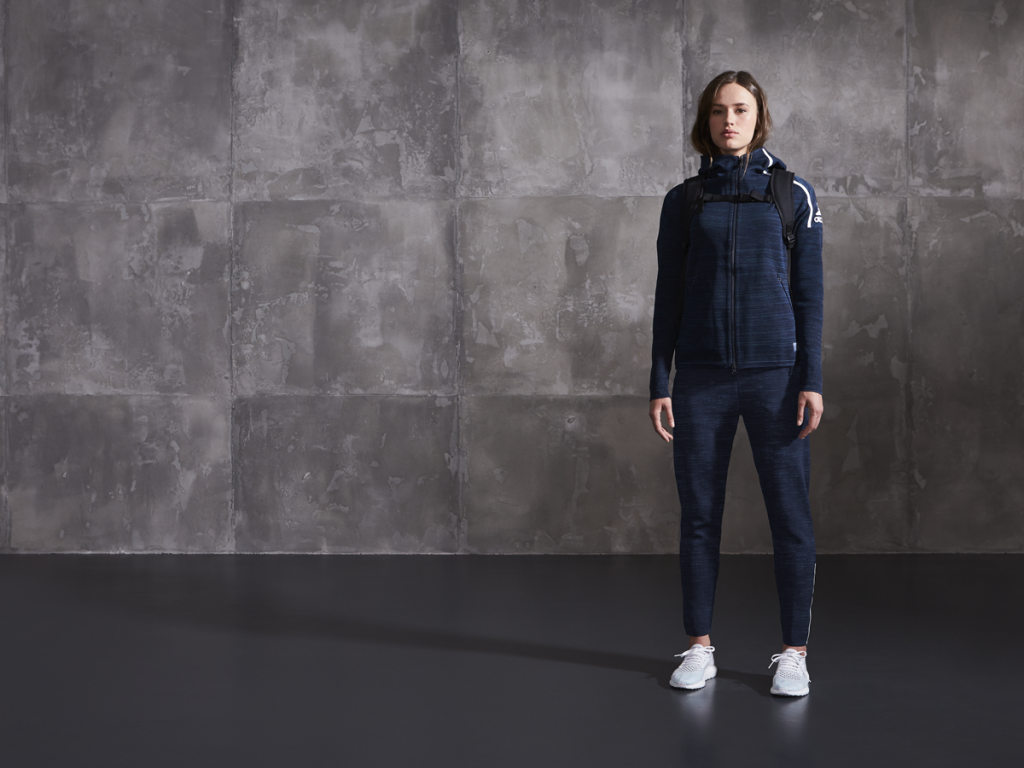 This is what Michael Krapohl, adidas Senior Product Manager, has to say about the Z.N.E. collection: “Our athletes compete in front of huge, passionate crowds, and need to maintain their focus under immense pressure. A lack of focus can be the difference between winning or losing. We designed the adidas Z.N.E. Hoodie to allow athletes of all sports to tune in to their pre-game strategies and personal rituals, and to centre themselves ready for the challenge ahead.” 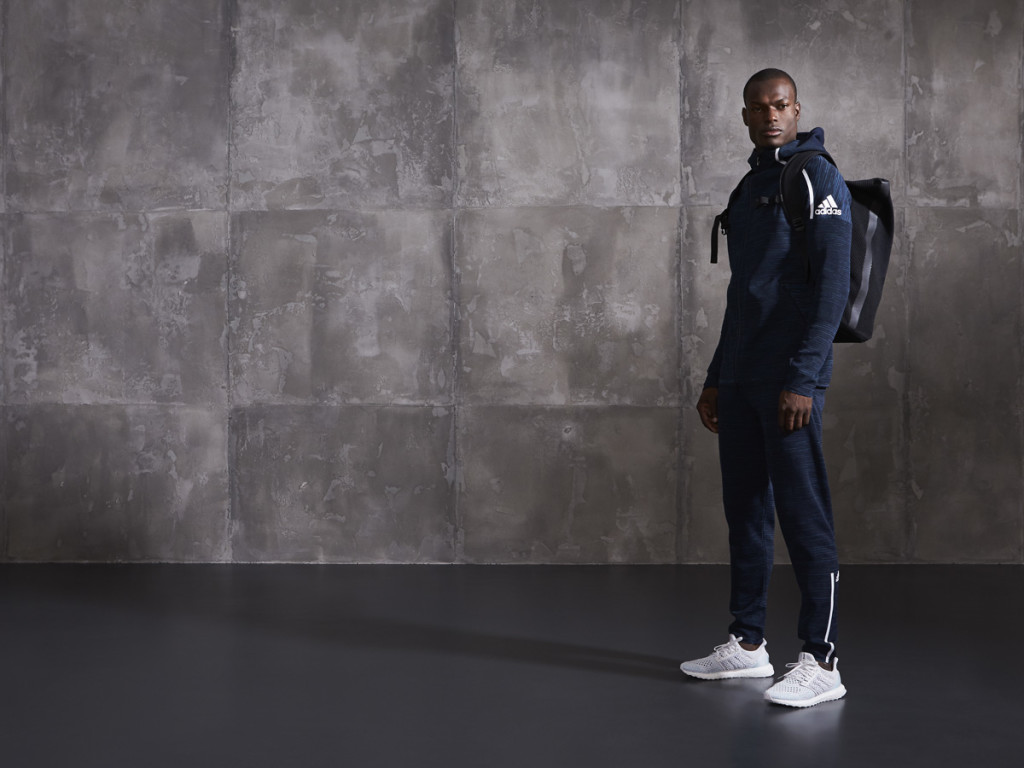 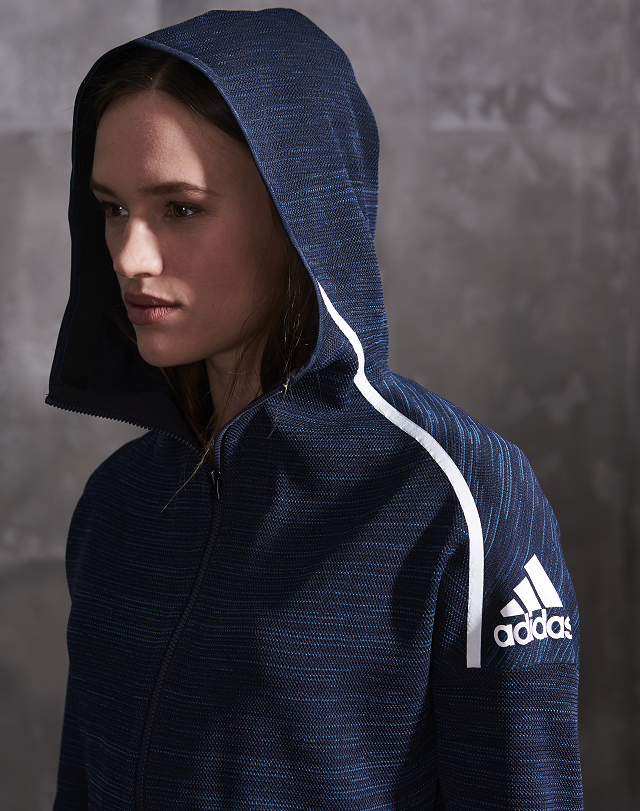 NIKE RUNNING CLOTHES FOR THE COLD AND WET SEASON

NEW COMFORT WITH UNDER ARMOUR THREADBORNE