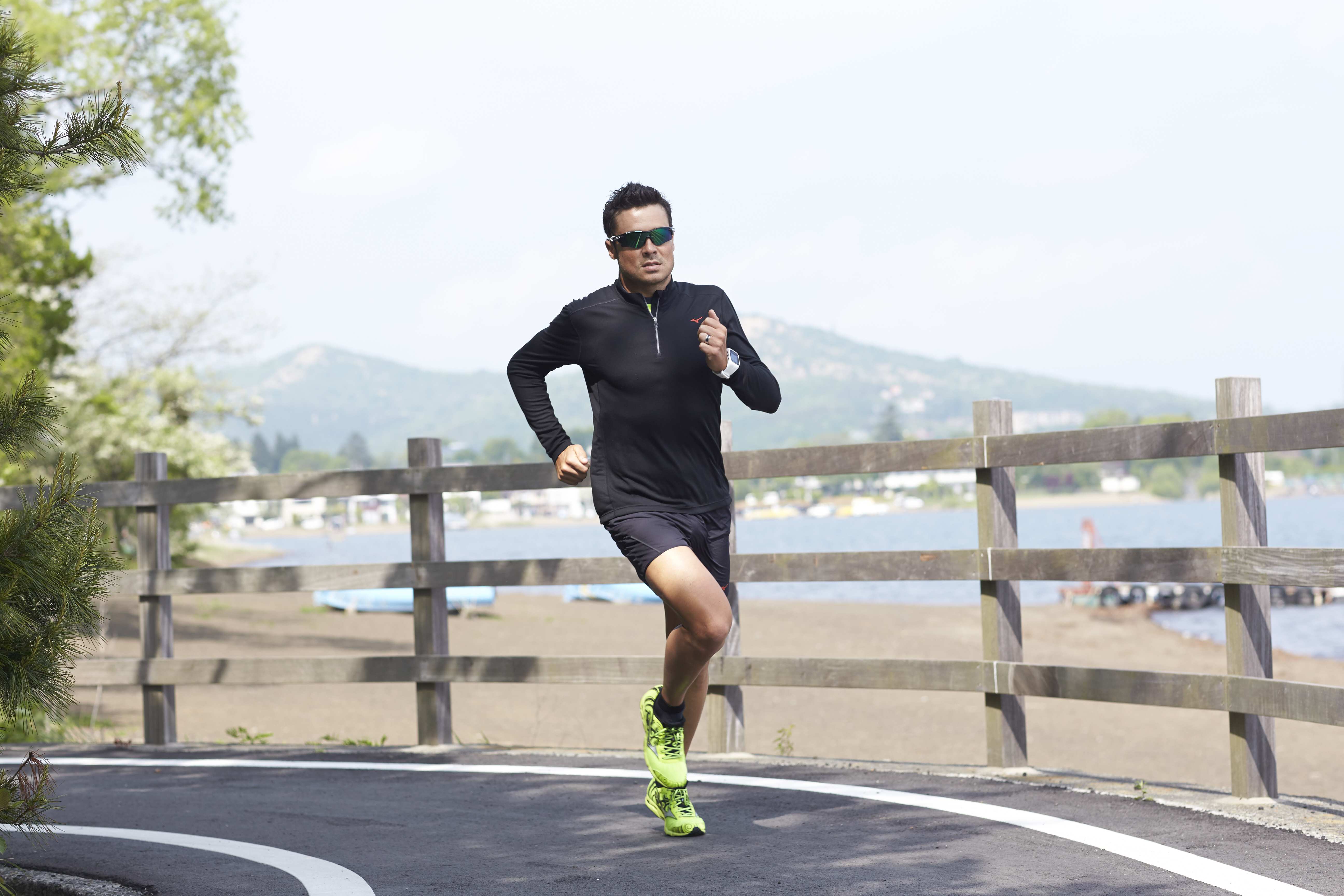 Our partner Mizuno has had the chance to interview professional Spanish triathlete Francisco Javier Gómez Noya and ask him detailed questions about his sport, his developing career and his preparations for the 2016 Olympics in Rio. Francisco Javier Gómez Noya is not only the current short-distance triathlon World Champion (a position he had also earned before 2016, in 2008, 2010, 2013 and 2014), but he is also the current short-distance triathlon European Champion, as he was in 2007, 2009 and 2012. Apart from that he also won the Ironman 70.3 World Championship in 2014. Here you can find the first part of the interview – our next post contains the second part:

MIZUNO: How did you actually become a triathlete? What do you love so much about this sport?

NOYA: In actual fact I’m a swimmer. As a child I trained with my hometown Ferrol’s swimming team and I also took part in competitions. At that time triathletes were also training at the same swimming pool; they soon noticed that I was a little different from the rest because I often ran or cycled, just for the fun of it. One day they convinced me to compete in a triathlon – I was 14 at the time. From that day I’ve been fascinated with this sport and it has given me so much, all my friends and my social life revolves around this sport. Triathlon is my life: from the moment I wake up to the moment I fall asleep I spend 100% of my time on triathlon. I owe a lot to this sport.

MIZUNO: Some people find it hard to stay motivated and improve in one specific sport. As a triathlete you have to be the best in three kinds of sport: swimming, running and cycling. Do you have to train three times as much? How do you stay motivated?

NOYA: I believe you get more out of training in three different disciplines instead of just one. Of course, it is very demanding, but I definitely prefer to dedicate myself to one of the three disciplines everyday than focusing completely on just one of them. Motivation is just automatic for me – triathlon is my passion and I’ve turned it into a career. I can count myself very lucky!

MIZUNO: You take part in several different competitions all over the globe. Don’t you ever feel exhausted?

NOYA: For sure, travelling is a challenge you really have to get to grips with, otherwise you risk injury. Flying, airports, jetlag… it’s all very tiring. There are also additional stress factors that keep me very busy.

MIZUNO: The CSD (Spanish Supreme Council for Sports) has withdrawn your licence twice. How did you find the strength and the courage to oppose this both times?

NOYA: At the time I was just a teenager who wanted to do what he enjoyed. At the time I hadn’t thought of winning competitions or becoming a World Champion. I enjoyed training then just as much as I do now. Then again, I also went through some tough times. I had support from my family and my closest friends and that really helped me get through it all. Looking back I can now say that all the difficult situations I lived through have made me a stronger person.

HOW TRAINING CAN IMPROVE YOUR SLEEP