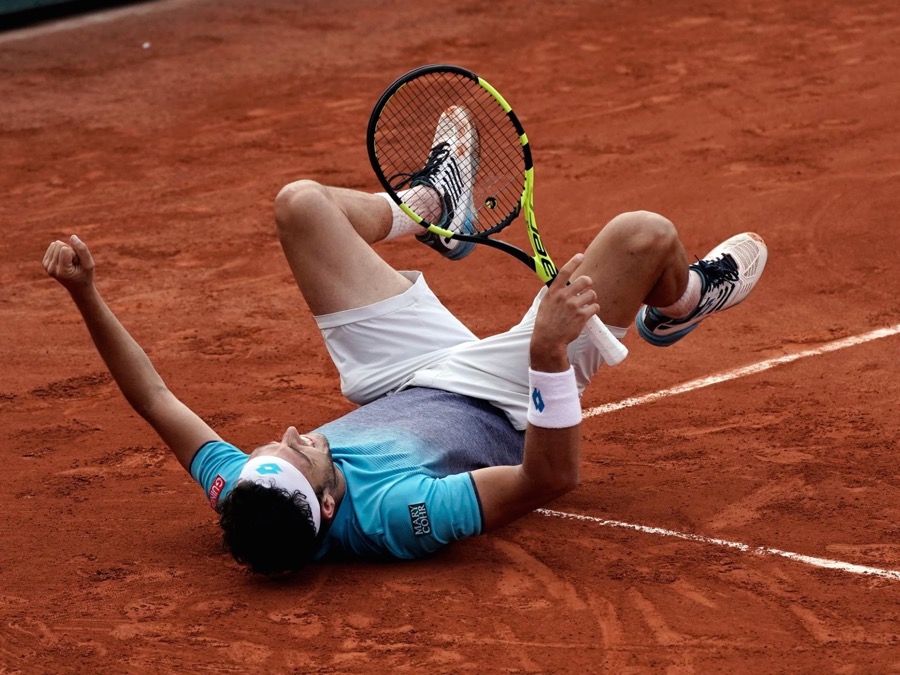 It was just one of those days when everything goes the way you want it to - that’s what tennis pro Marco Cecchinato says now in hindsight. In a very surprising quarterfinal match at the 2018 Grand Slam tournament in Paris, the current world No. 72 25-year-old player beat Grand Slam victor Novak Djokovic with 6:3, 7:6 (7:4), 1:6, 7:6 (13:11). Cecchinato’s incredible performance had the Serbian tennis legend truly on his knees.   Before the Roland Garros, Cecchinato hadn’t won a single Grand Slam game. He was the least likely semi-finalist in the last 19 years of Grand Slam history. As the first Italian player in 40 years to make it to the quarterfinals of any Grand Slam tournament at all, you could really see the joy on his face after this highly emotional game. He’d just had the biggest success of his career, even despite losing to Dominic Thiem in the semifinals. Cecchinato’s outfitter is Italian sports product manufacturer Lotto. Let’s find out more about this brand!

The brand Lotto has become a synonym for tennis. The company is based near Treviso and has been producing tennis, basketball and football equipment since 1973. Among the company’s contracted athletes are Luca Toni, Cafú and Mauro Camoranesi. Lotto Sport is without a doubt a leading tennis clothing and tennis shoe manufacturer and is also the official outfitter of David Ferrer, Nicolás Almagro and Agnieszka Radwańska. Even Boris Becker won a Grand Slam wearing Lotto. 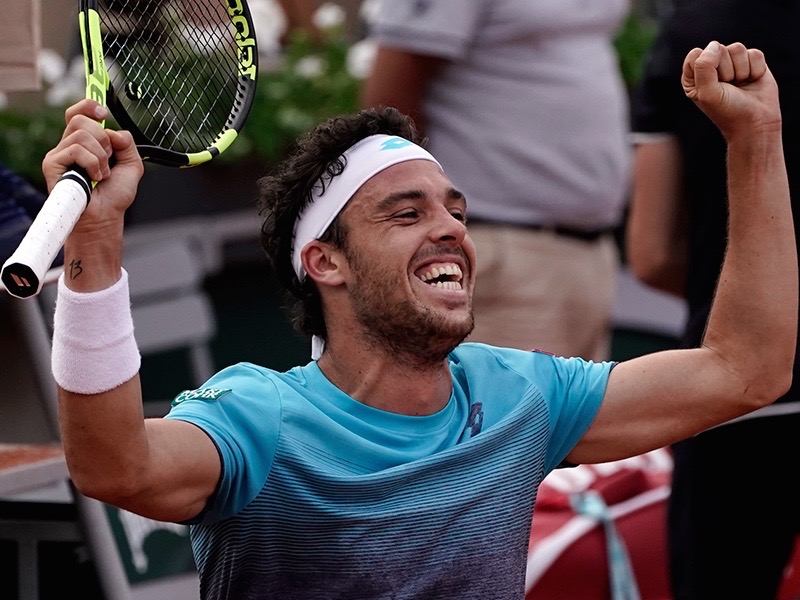 The Sicilian tennis pro was wearing the Lotto Sport Court II tennis top at the Grand Slam tournament in Paris, where he beat David Goffin (Belgium) and Pablo Carreño Busta (Spain) before playing the match of his life against Djokovic. Want a closer look at the tennis t-shirt that helped Cecchinato win the match? The new knitted construction of the Lotto Sport Court II top delivers good breathability and is both light and smooth for a perfect feel during the game. It’s the optimum blend of comfort and performance! The striped design and slight v-neck are very attractive to look at, so you’re not just a head-turning player but also an eye-catching fashion icon. The Court II doesn’t just come in t-shirt format, you can buy the polo shirt model too. 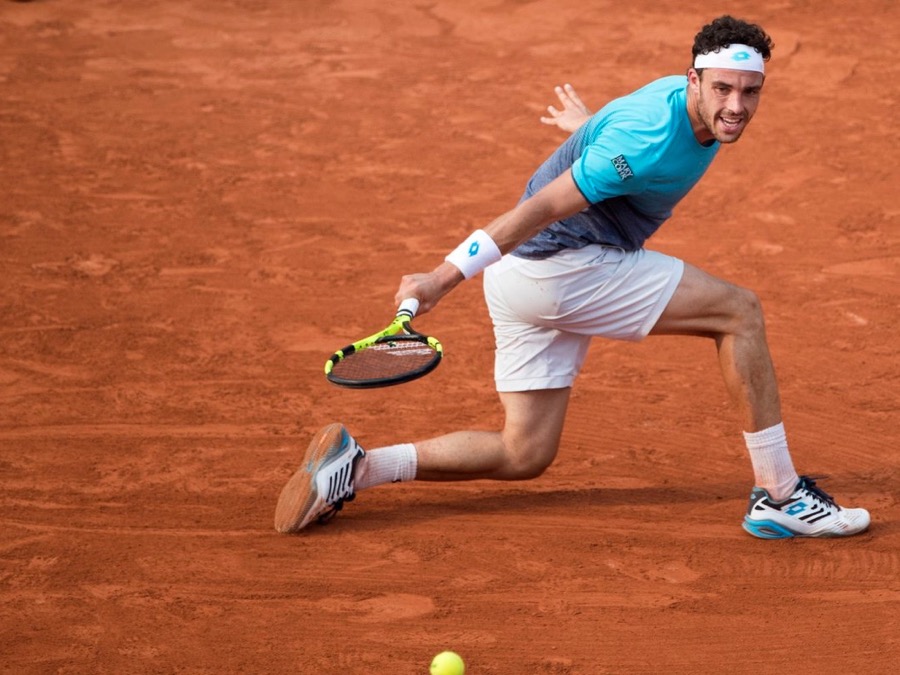 The Stratosphere III completes the victory outfit. This shoe comes with a breathable upper that offers the very best stability, and a hardwearing sole, which is just what you need during an intense match. The strong heel delivers power in every stride and makes this a great all-round shoe for passionate tennis players just like Marco Cecchinato! Get kitted out now and hit the tennis court! With tennis clothes by Lotto Sport, you’ll always have the best chances of winning.
Discover Lotto tennis clothing now»
Fotos: Lotto Sport Facebook
Tags: LOTTO, TENNIS, TENNIS SHOES, TENNIS TOURNAMENT, TENNISWEAR

NOVAK DJOKOVIC NOW PLAYS WITH ASICS AT HIS FEET

GRAND SLAM IN LONDON: LOOKING BACK ON SOME FIRST-CLASS TENNIS

THE NEW HEAD GRAPHENE 360 SPEED TENNIS RACKET: BLINK AND YOU MISS IT

GRAND SLAM IN LONDON: LOOKING BACK ON SOME FIRST-CLASS TENNIS