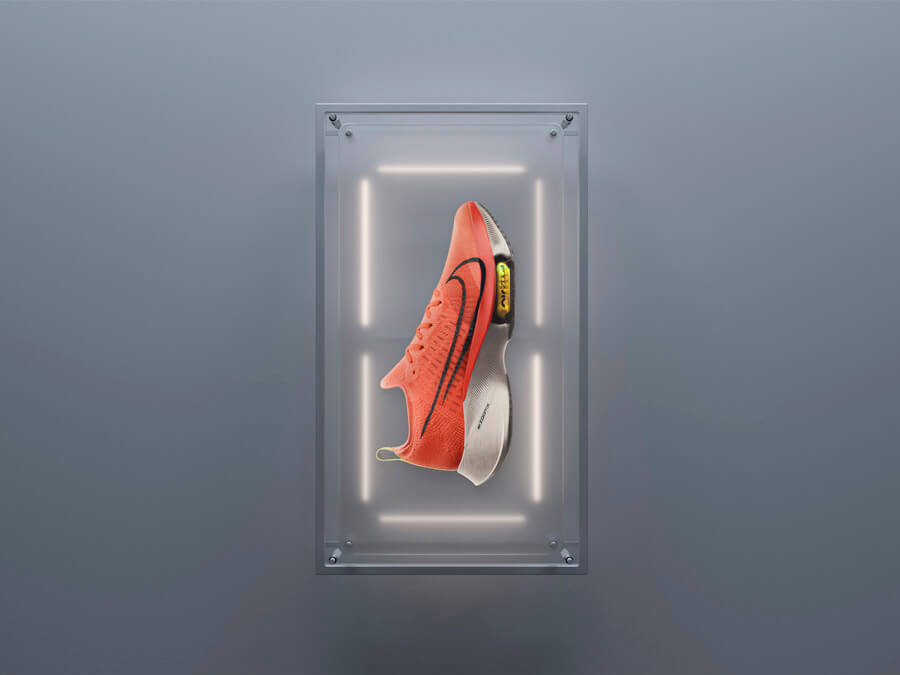 With the Nike Raw Kinetic Pack, the swoosh brand launched the new running shoes for the 2020 season. In addition to the proven Nike Air Zoom Alphafly NEXT% and Nike ZoomX Vaporfly NEXT%, a completely new Nike running shoe was launched: the Nike Air Zoom Tempo NEXT% Flyknit.

For the running autumn of 2020 we can now present the new Colorways of the shoes. In the colour with the sonorous name Mango you are ready for your runs through the dark season. In bright neon-orange the Nike running shoes shine on your feet and are just waiting for personal best times to be broken. We will soon have the Nike shoes with the new Colorway in our assortment and present them here: 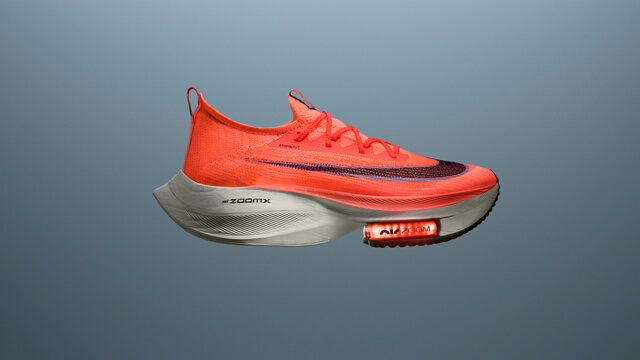 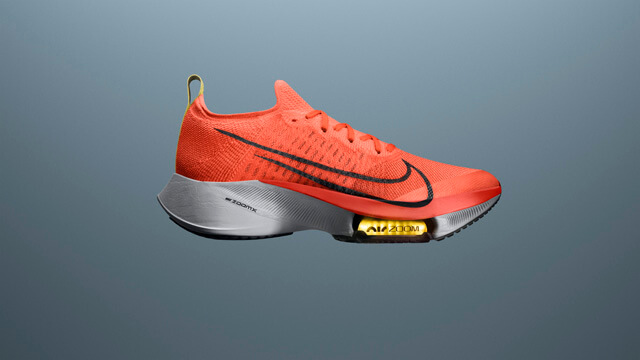 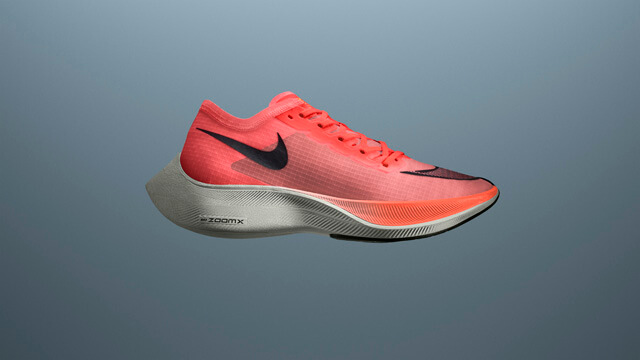 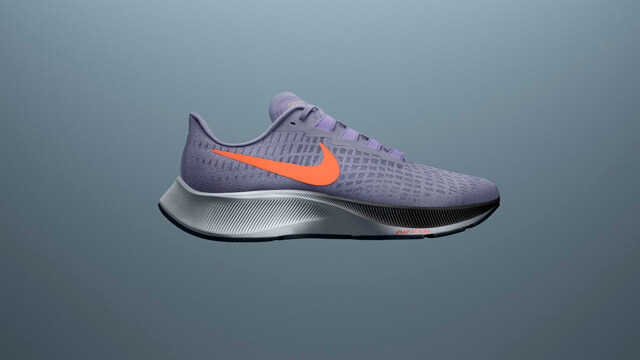 The running shoes from the Nike Raw Kinetic Pack 2020

The three models from the Nike Raw Kinetic Pack stand for one thing above all: speed. The Nike Vaporfly has won a number of competitions and the Nike Alphafly is best known for its first marathon under two hours. With the Nike Air Zoom Tempo NEXT% Flyknit Nike has now introduced an extremely fast shoe for your training.

The new colorways for the 2020 running season are very clean in white with small colourful accents. Sometimes a part of the midsole, sometimes the swoosh or the Air Zoom element is colored, otherwise the Nike running shoes shine in white. Here we take a closer look at the three running shoes: 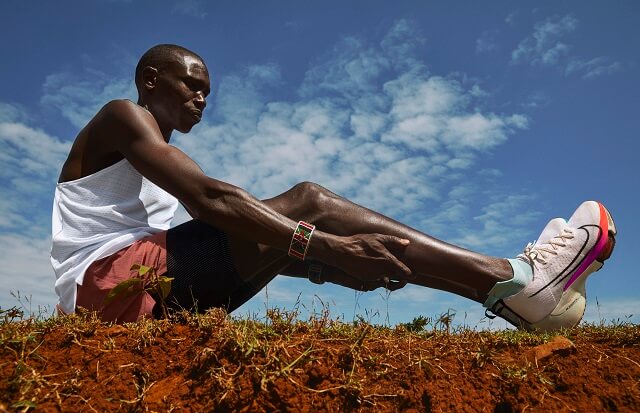 In May 2019 the running shoe was presented in Berlin as the successor to the Vaporfly 4%. The first running shoe at that time with a carbon fiber plate in the midsole was improved even further and so the Nike ZoomX Vaporfly NEXT% was born. With the Vaporfly upper Nike saved even more weight.

Together with the reduced blast and thicker midsole, the Nike ZoomX Vaporfly NEXT% provides even more dynamics, reactivity and therefore speed. 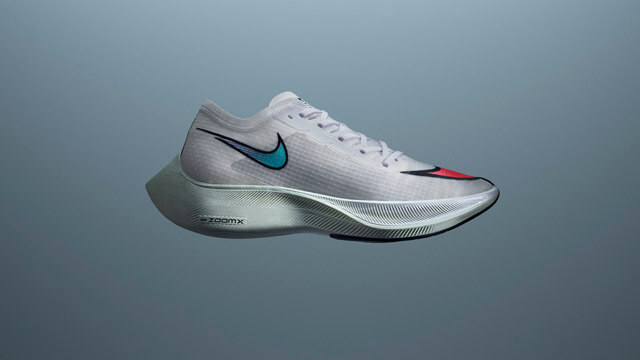 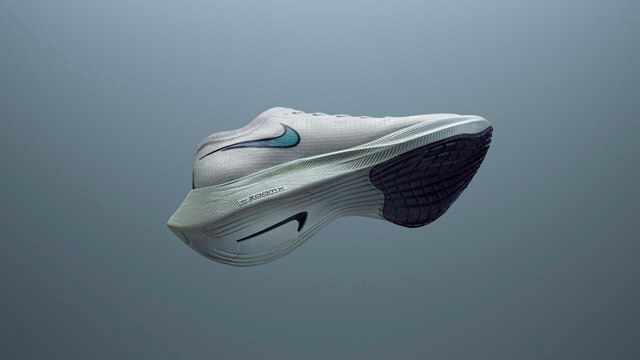 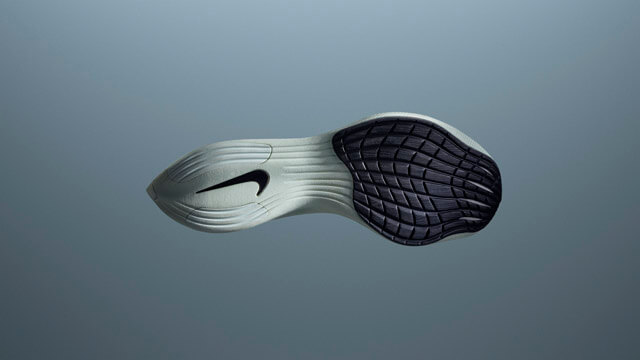 It always seemed impossible to walk the 42,195km under two hours. In October 2019, however, this mark should actually fall. In Vienna the Kenyan Eliud Kipchoge crossed the finish line after 1:59:40 with the prototype of the Nike Air Zoom Alphafly NEXT% on his foot. Since then the Nike running shoe has been eagerly awaited on the market. In June 2020 the time had finally come.

The Nike Air Zoom Alphafly NEXT% comes with a slightly thicker midsole for improved reactive cushioning. But the biggest change was the Air Zoom elements in the forefoot, which makes the kick from the ground even more energetic. The upper material has also been further improved. The so-called Atomknit is lighter and more breathable than any other material used before. In addition, it does not absorb moisture, which means it remains light throughout the entire run.

We have already introduced this Nike running shoe to you in detail before the launch. You can find the article about the Nike Air Zoom Alphafly NEXT% here:

Learn more about the Nike Air Zoom Alphafly NEXT% » 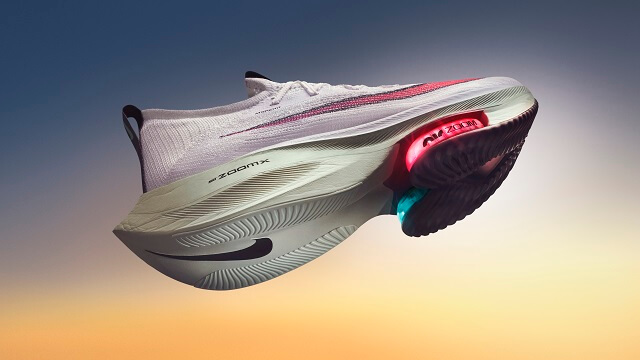 The latest addition to the Nike running shoes is aimed primarily at your high speed training runs. The Nike Air Zoom Tempo NEXT% Flyknit looks a lot like the Alphafly NEXT%. Like its big brother, it features the Air Zoom chambers in the forefoot, the carbon flyplate in the midsole and the reactive ZoomX foam in the heel.

The biggest difference is already hidden in the name of the running shoes: Flyknit. Nike has used the well-known upper material here, which stands above all for a lot of comfort and a secure hold. The Flyknit Upper wraps around the foot like a sock and keeps the foot securely in the shoe while running.

With the Nike Air Zoom Tempo NEXT% Flyknit you can now run at competition speed in training. This way you don't wear out your competition shoe too much and you don't have to wear it out during training. What do you think of the addition to the Nike running shoe range?

RUN IN THE DARK WITH JAN FITSCHEN