A pro freerider and a top winter sports brand, Roman Rohrmoser and Schöffel, that fits. For several years, the Zillertal native has been out and about wherever there are pristine slopes and lots of powder. Several film productions have made him a well-known face in the freeride circus.

What would fit better than one of the premium brands in winter sports, Schöffel. For many years, the traditional family business has stood for absolute functionality, fair production and close cooperation with top athletes. Together with Roman Rohrmoser, this has already resulted in a strong collection of ski clothing and that was certainly not the end. We had the opportunity to talk to the Tyrolean about his career, freeriding and the cooperation with Schöffel:

Keller Sports: As a true Tyrolean, you were on skis from an early age. First as an alpine racer and for some time now you're more likely to be found in deep snow. What made you switch from piste to powder?

Roman Rohrmoser: Exactly, I was already on skis at the age of 2, practically before I could walk. Then I was a racer until I was about 15, but the constant pressure, the forest of poles and the fresh snow off-piste drove me crazy. I've always loved off-piste, somehow it was much more fun for me. In powder I could do what I wanted and not what the coaches wanted, so I switched to freeriding!

Keller Sports: How difficult was the transition from alpine ski racing to freeriding?

Roman Rohrmoser: It's actually quite simple: take off your racing skis, put on your powder slats and head out into the terrain! Well, it wasn't quite that easy. And my parents would have preferred to see me on racing skis than jumping around off-piste. But in the end they accepted it.

Keller Sports: What advice would you give to skiers who also want to start freeriding?

Roman Rohrmoser: Physical fitness, mastering skiing on the slopes and approaching slowly. It is also important to inform yourself about the snow and avalanche situation. In the beginning, it makes sense to book a guide or, even better, to take part in one of my freeride camps.

Keller Sports: What would you consider the greatest success of your varied career?

Roman Rohrmoser: Jumping out of a helicopter in Alaska is pretty cool; but also the cooperation with Schöffel and the common goals count as a great success for me. Simply having the opportunity to do what I like best.

Keller Sports: Winter is just around the corner in our latitudes. How have you prepared for this winter?

Roman Rohrmoser: As always, I spent a lot of time in the sun and did nothing that skiers do during the summer, haha. Sounds too good... Seriously, I was out biking a lot, I guided clients, I was on the mountain with my paraglider (Hike&Fly) and I spent a lot of time with my family. And of course there was also a regular workout to prepare myself physically for the winter.

Keller Sports: Besides freeriding, you also like hiking, mountain biking, paragliding and surfing. What do you associate with these sports?

Roman Rohrmoser: Well, hiking isn't my strong point, I lack the action, but being outside with the kids is cool. And shooting down narrow trails on a MTB is a lot more like freeriding, you're 100% focused and in the moment. Paragliding is just awesome, first hike up and then "the quick way down"!

Surfing is one of the hardest sports for me. You are challenged on all levels. In addition to pure surfing, you also have to learn to understand the sea, which in combination with the necessary quick decision-making is the coolest sport for me and challenges me extremely. Hardly anywhere else can I become so dogged and ambitious... I have to turn off the wave machine or a shark (or my wife screaming on the beach) to get out of the water, haha.

Keller Sports: You have been equipped by Schöffel for about a year. What role does equipment play for you in your sport? What do you attach particular importance to?

Roman Rohrmoser: Equipment is very important for me. I should be able to rely on it. With the new La Grave outfit, Schöffel has come up with something pretty cool. It's really great what's already happened in my first year and I'm looking forward to the next few years. There's still a lot of casual stuff to come! Schöffel is also very environmentally conscious, produces sustainably and contributes to making our planet a little greener again! 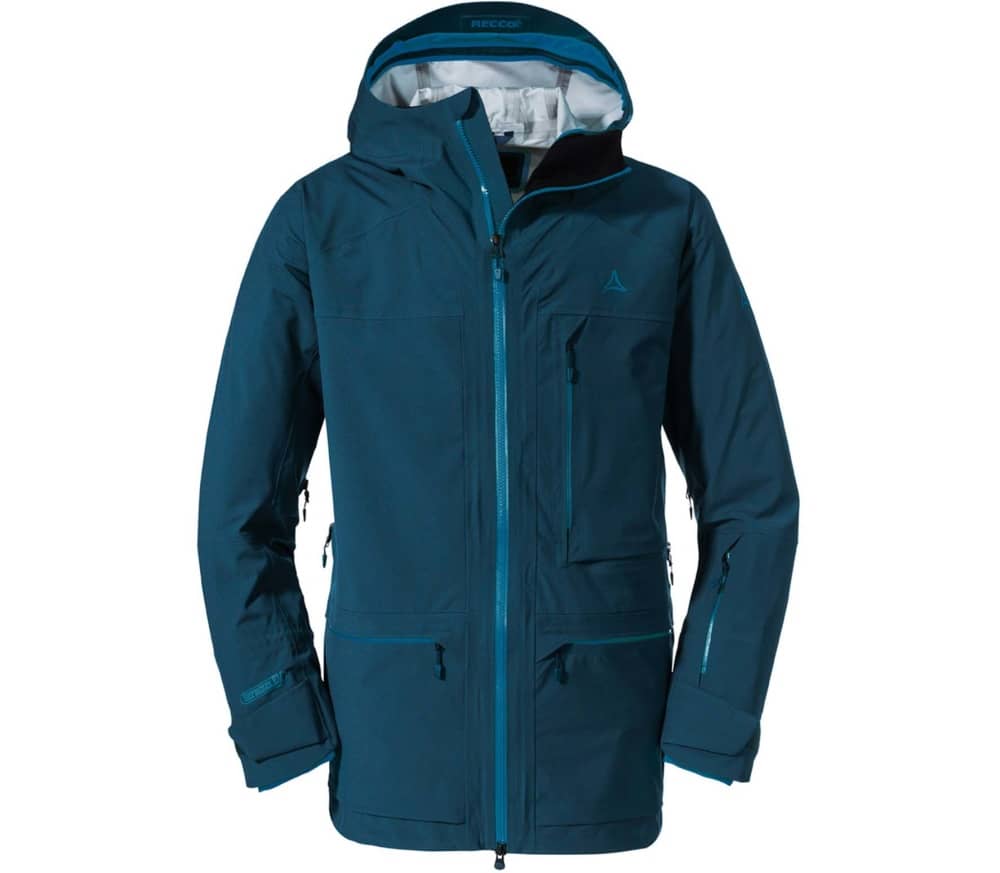 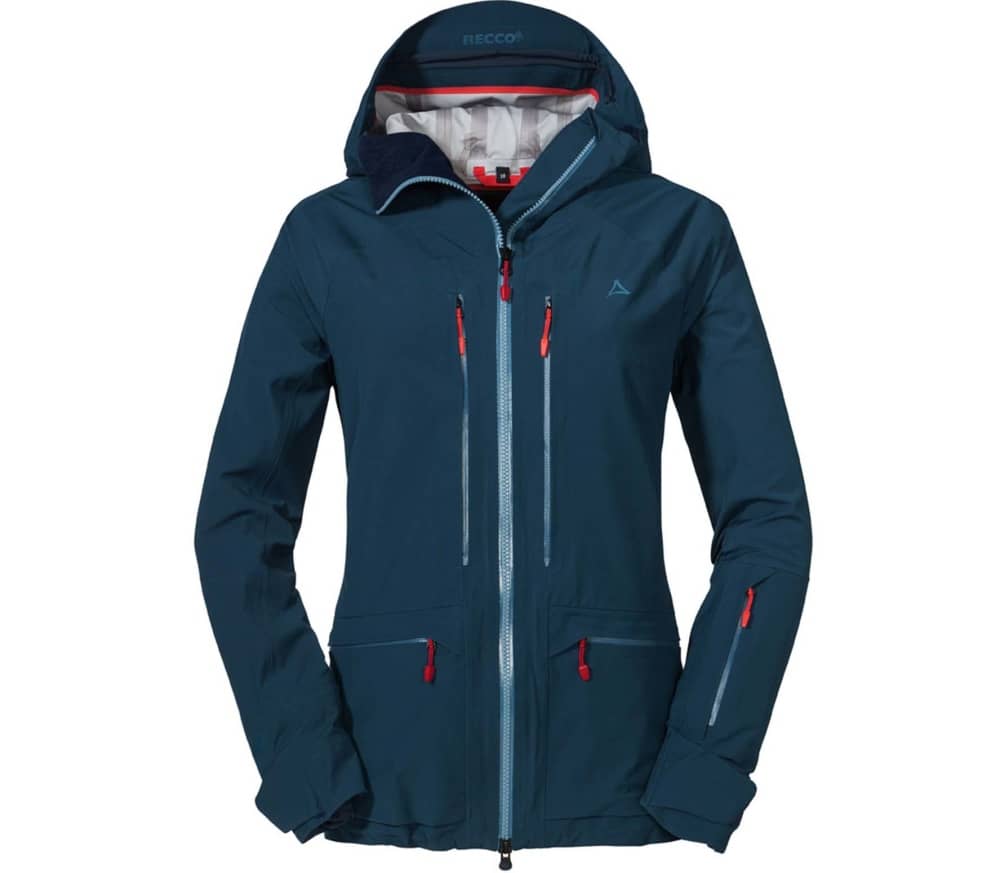 Keller Sports: Together with Schöffel you will hold a ski training session for us to participate in. What is the training designed for?

Roman Rohrmoser: We will do a full body workout for about 30 minutes, focusing on the legs and core. Just the right mix to get fit for the ski season.

Keller Sports: Your new film "Der Tiroler und sein Piefke 2" is a sequel to the film together with Felix Wiemers. Tell us something about the film.

Roman Rohrmoser: After part 1, we decided that we had to make a second part, because the first one was already very well received and the audience liked our dry humour. Be curious about part 2, there are good scenes again and of course the action is not neglected!

Keller Sports: What was your highlight from your films so far? Do you have a favourite downhill run?

Roman Rohrmoser: My highlight was certainly being part of the big US productions with Warren Miller, Nimbus Independent or Poor Boyz. A favourite descent? There really isn't one, the main thing is lots of powder, long and steep.

Keller Sports: What is your next project? Do you already have something planned for 2021?

Roman Rohrmoser: Well, something is already planned, but who knows how the winter will be this year or what is allowed and what is not. A year-round project is planned, including skiing and biking... I won't tell you more yet. And there is a mountain world documentary planned for Servus TV about the Zillertal in which I play a role.

Keller Sports: And finally: what tips can you give all powder fans out there for getting through the somewhat different winter (Corona / ski area closure)?

Roman Rohrmoser: Don't despair, because as an alternative you can always climb up with touring skis and waggle down through the powder. Or equip your e-bike with spikes and have fun in the snow in a different way. So there are alternatives if the ski resorts really do close or remain closed.

Keller Sports: Thank you for your time Roman, we look forward to working out with you and your next projects with Schöffel and in films.

THE SCHöFFEL SKI TOURING COLLECTION 2020/2021 IN THE TEST